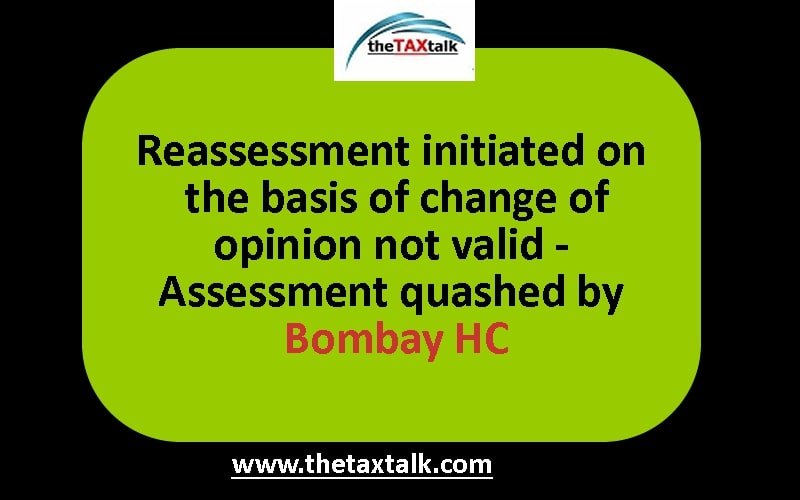 There are a lot of taxpayers who have received the notices for reassessment U/s 148. The primary reason in more than 50% of the case is quoted as “Audit Objection”. Most particularly, this are pertaining to the audit objection as to the

The question is- whether the reopening is valid if the AO after verification has allowed the deduction to the assessee? Whether mere audit objection can be valid ground of reopening of the assessment proceeding?

This was the issue which was there before Bombay HC in the following case:

The issue in the present case was with regard to deduction under section 37(1) read with section 148, of the Income-tax Act, 1961.

The claim was made as Business expenditure & it was pertaining to Assessment year 2012-13.

Assessing Officer issued reassessment notice after expiry of four years on ground that assessee debited a certain amount of security deposit against interest income. Audit objection pointed out that the security deposit being capital in nature would not be allowed under section 37(1).

It was noted that said objections were raised by the audit department for which the assessee provided an explanation that the amount represented interest expenditure incurred for security deposit and was considered as security deposit in audit findings.

Whether since basis for reopening assessment was merely audit objections and there was no failure on part of assessee to truly and fully disclose facts, it could not be said that the Assessing Officer had reasons to believe that income had escaped assessment.

With above observation, the HC concluded that the reassessment was based on mere change of opinion and was to be quashed.

Where reassessment notice was issued after expiry of four year merely on basis of audit objection that assessee debited certain amount of security deposit against interest income and security deposit being capital in nature would not be allowed under section 37(1), since assessee provided explanation that amount represented interest expenditure incurred for security deposit, said reassessment was based on mere change of opinion and was to be quashed