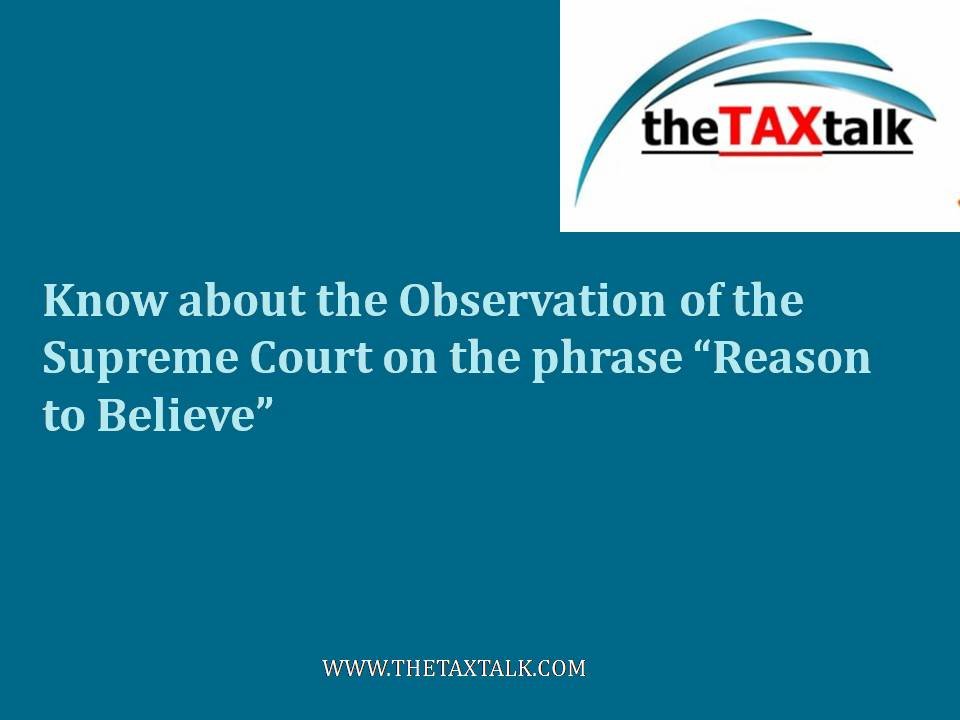 The Hon’ble Supreme Court in the case of Principal Direct of Income Tax Vs Laljibhai Khinjibhai Mandaia has laid down very important principles of law for the “Reason to Believe “.

In this case, Hon’ble Court allowing the SLP filed by the revenue laid down the following principles of law: