Residence of taxpayers in the country 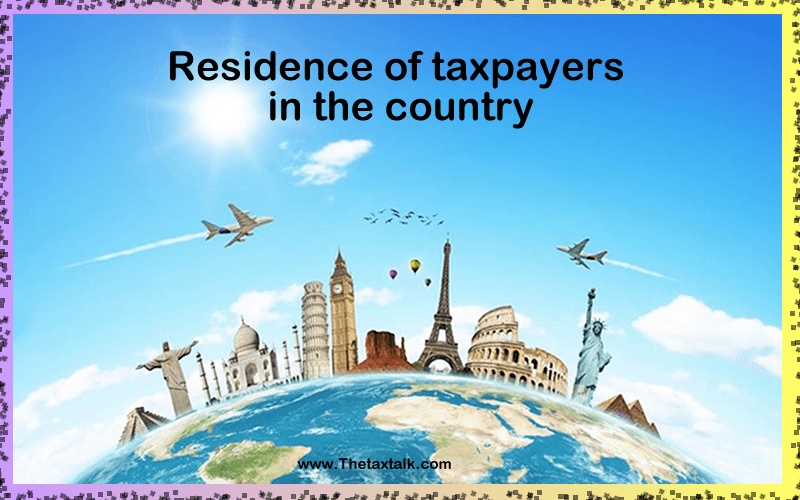 Residence of taxpayers in the country

The tax is payable by every person and is based on residence (in contrast to citizenship of the country) of the taxpayer in India. Under the Act, incidence of tax on taxpayers depends on their residential status and also on the place and time of accrual or receipt of income. In order to appreciate the relationship between residential status and tax liability, one has to understand the meaning of ‘Indian income’ and ‘foreign income’.

There are different tests for determining the residence of taxpayers in the country, such as individuals, Hindu undivided families, firms, companies, AOPs and BOIs, etc. In the present discussion only the concept of residence in the context of ‘individuals’ will be considered. As per the provisions of the Act, an individual can be classified under three heads from the angle of residence, namely:

(i) a resident and ordinarily resident;

(ii) a resident but not ordinary resident;

In the context of the present write up, only discussion in regard to first category of taxpayers is necessary.

Under section 6(1) of the Act, an individual is ‘resident’ and ordinarily resident in any previous year, if he satisfies at least one of the following two conditions, namely:

Exceptions to the general rule

By virtue of Explanation (b) to section 6(1), the period of “60 days” referred to in (a) above has been extended to “182 days” in the case of an Indian citizen or a person of Indian origin who comes on a visit to India during the previous year.

A person is deemed to be of Indian origin if he or either of his parents or any of his grand-parents, was born in undivided India. It may be noted that grandparents include both maternal and paternal grandparents.

Under section 6(6), a resident individual is treated as “resident and ordinarily resident” in India if he satisfies the following two additional conditions—

(i) He has been resident in India in at least 2 out of 10 previous years immediately preceding the relevant previous year.

(ii) He has been in India for a period of 730 days or more during 7 years immediately preceding the relevant previous year.

Briefly, it could be said that an individual becomes resident and ordinarily resident if he satisfies at least one of the basic conditions (supra) and two additional conditions as at (i) and (ii) above.

This Explanation reads as under:

“Explanation : In the case of an individual,—

(a) being a citizen of India, who leaves Indian in any previous year (as a member of the crew of an Indian ship) as defined in clause (18) of section 3 of the Merchant Shipping Act, 1958 (44 of 1958) or for the purposes of employment outside India, the provisions of sub-clause (c) shall apply in relation to that year as if for the words “sixty days”, occurring therein, the words “one hundred and eighty-two days” had been substituted.”