Validity of Reassessment of Non notice under section 143(2) issued 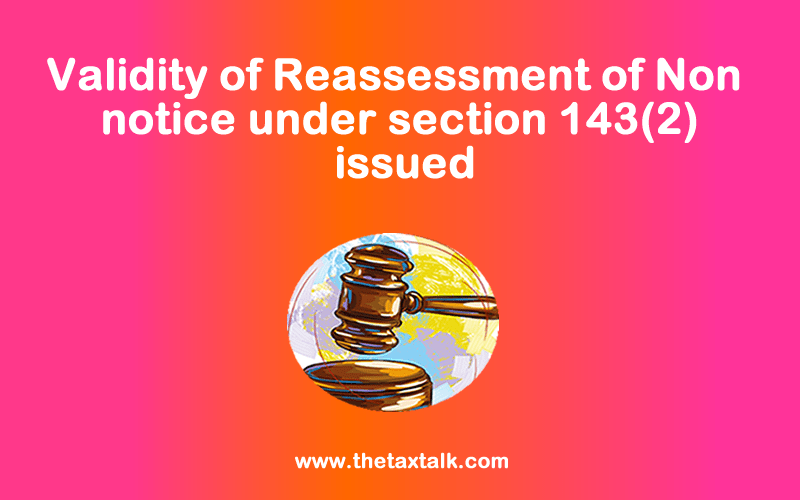 Validity of Reassessment of Non notice under section 143(2) issued

Held: Since no notice under section 143(2) was issued by AO before completion of assessment, therefore, addition made under section 68 was liable to be deleted.

IN THE DELHI HIGH COURT

The Revenue is aggrieved by the order of the ITAT which directed the deletion of some amounts under section 68 of the Income Tax Act by the lower authorities.

The ITAT premised its decision on the circumstance that no notice was issued under section 143(2), before the completion of assessments.

As a consequence, no substantial question of law arises.

The appeals are dismissed.