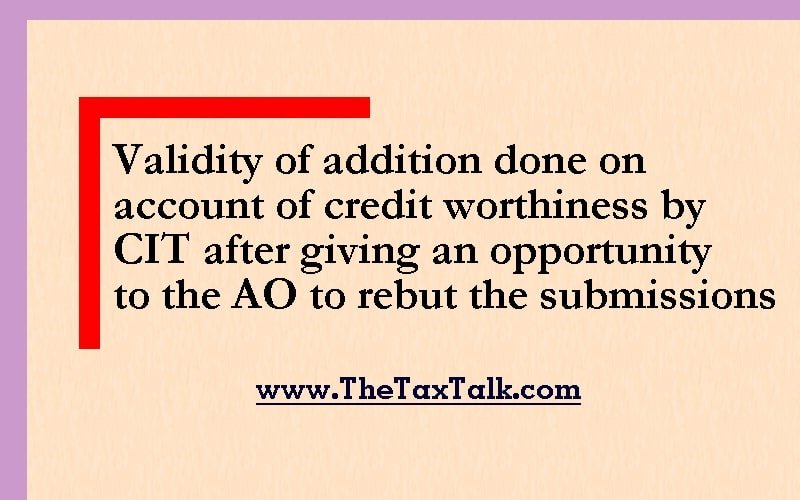 On admission of additional evidence by CIT-A in deleting the addition, ITAT observed as under:

In the instant case, the assessee has filed the bank statement before the CIT(A) with a request to admit the same as an additional evidence giving reasons for non-submission of the same before the AO and since the ld. CIT(A) has called for a remand report from the AO before deleting the addition, therefore, in our opinion, the order of the CIT(A) deleting the addition in the instant case does not call for any interference.
It is not a case where the ld. CIT(A) has not given an opportunity to the AO to rebut the submissions made before him.
In this view of the matter and in view of the detailed discussion made by the ld. CIT(A) while deleting the addition on account of share application money and unsecured loan in respect of different investors as mentioned earlier, the same, in our opinion, does not call for any interference and, accordingly, the same is upheld.
The grounds raised by the Revenue are accordingly dismissed.

Tags: Addition done on account of credit worthinessopportunity to the AO to rebut the submissions