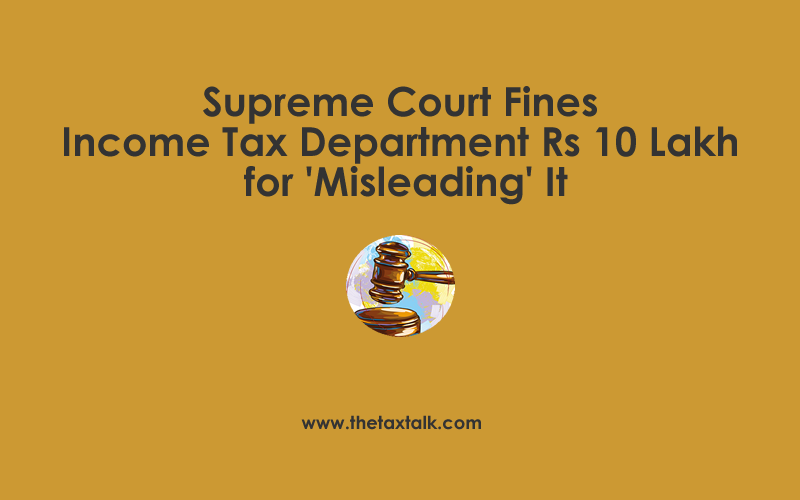 Supreme Court Fines Income Tax Department Rs 10 Lakh for ‘Misleading’ It
The Supreme Court has imposed a fine of Rs 10 lakh on the Income Tax department for reportedly trying to mislead it.
A bench headed by Justice Madan B Lokur slapped the penalty on the Commissioner of Income Tax, Ghaziabad.
The bench, also comprising Justices SA Nazeer and Deepak Gupta, said it was “shocked” at the attempts made by the CIT to present “false and misleading” facts before the highest court of the land.
The bench was hearing an appeal filed by the CIT, in which the department maintained that a similar case was already pending in the top court. The lawyer’s submission was that the new case should be tagged along with the previous matter which was pending since 2012.
But the bench noted that the registrar’s office has given a report that the old case was decided by this Court as far back as in September 2012.
“In other words, the petitioners have given a totally misleading statement before this Court,” said the bench.
It came down heavily upon the lawyers for the department for trying to hoodwink the top court and regretted that the situation has come this far.
“We are shocked that the Union of India through the Commissioner of Income Tax has taken the matter so casually,” held the bench.
The Court also noted that the CIT could not explain the delay of 596 days in filing the petition and a misleading statement about pendency of a similar civil appeal.
“Under the circumstances, we dismiss the petition with costs of Rs 10 lakh to be paid to the Supreme Court Legal Services Committee within four weeks from today,” said the Court.
It directed the department to deposit the money within four weeks and said the amount be utilized for juvenile justice issues.