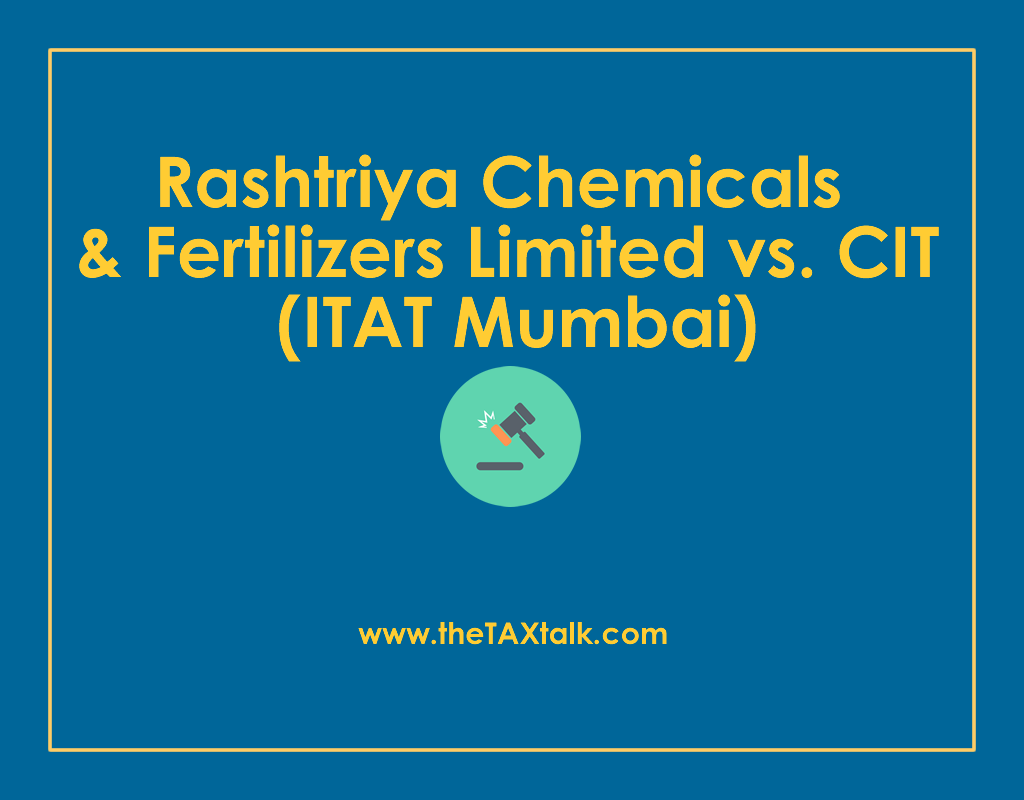 (a) It is undisputed fact that the said item of expenditure viz. taxes borne by the assessee on deemed perquisites on the value of accommodation provided to the employees was not allowable to assessee while arriving at income under normal provisions in terms of provisions of Section 40(a)(v) which is evident from the fact that the assessee himself, has added the same while computing income under the normal provisions. There is absolutely no quarrel on this point.

(b) Computation of ‘Book Profits’ was neither provided by the assessee during hearing before Ld. AO nor discussed in any manner. The quantum order reveals that Ld. AO has picked up the figures of ‘Book Profits’ as per ‘Return of Income’ without applying any mind thereupon and adopted the same as such without any iota of discussion in the quantum assessment order. Prima facie, we are of the opinion that this is a case of ‘no inquiry’ by Ld. AO and not the case of ‘inadequate inquiry’ or ‘Lack of Inquiry’ or ‘adoption of one of the possible views’ as stressed by Ld. AR during hearing before us and therefore the various case laws relied upon by Ld. AR in this regard could not help assessee in any manner.

We also note the statutory provisions as contained in Section 263 including Explanation-2 creates a deeming fiction that the order of Assessing Officer shall be deemed to be erroneous in so far as it is prejudicial to the interests of the revenue if, in the opinion of Ld. CIT the order is passed without making inquiries or verification which should have been made.

(d) We note that computation of Book Profits u/s 115JB has to be computed in the manner as provided in Explanation-1 to Section 115JB. The Minimum Alternative Tax [MAT] provisions as contained in Section 115JB, as per well-settled law, are a complete code in itself and creates a deeming fiction which is to be construed strictly and therefore, whatever computations / adjustments are to be made, they are to be made strictly in accordance with the provisions provided in the code itself. The clause (a) of Explanation-1 envisages add-back of the amount of Income Tax paid or payable and the provision therefore while arriving at Book Profits. Further, in terms of Explanation-2 to Section 115JB, the amount of Income Tax specifically includes the following components-

(ii) any interest charged under this Act;

(iii) surcharge, if any, as levied by the Central Acts from time to time;

(iv) Education Cess on income-tax, if any, as levied by the Central Acts from time to time; and

(v) Secondary and Higher Education Cess on income-tax, if any, as levied by the Central Acts from time to time.

We further note that Explanation-2 was inserted by the Finance Act, 2008 with retrospective effect from 01/04/2011. The legislative intent to insert the same could be traced from the Memorandum Explaining the provisions of Finance Bill, 2008 and the same is extracted hereunder:-

“Section 115JB of the Income-tax Act provides for levy of minimum alternate tax (MAT) on the basis of book profits of a company. As per the Explanation after subsection (2), the expression “book profit” means net profit as shown in the profit and loss account prepared in accordance with the provisions of Part II and III of Schedule VI to the Companies Act, 1956, as increased or reduced by certain adjustments, as specified in that section.

Section 115JB has not specifically provided for add back of some such “below the line” items like deferred tax, dividend distribution tax, etc. as they were thought to be included in the term “income-tax”.

However, there has been some ambiguity regarding add back of these items, if debited to profit and loss account. With a view to clarifying the intention, a new clause has been inserted after clause (g) of the Explanation 1, as so numbered, so as to provide that the book profit shall be increased by the amount of deferred tax and the provision thereof, if debited to profit and loss account.

These amendments have been made applicable retrospectively with effect from 1st April, 2001 and will accordingly apply in relation to assessment year 2001-02 and subsequent assessment years.”

(e) We further find that taxes borne by the assessee on non-monetary perquisites provided to employees forms part of Employee Benefit cost and akin to Fringe Benefit Tax since they are certainly not below the line items since the same are expressively disallowed u/s 40(a)(v) and the same do not constitute Income Tax for the assessee in terms of Explanation-2. This view of ours is duly fortified by the judgment of Tribunal rendered in ITO Vs. Vintage Distillers Ltd. [130 TTJ 79] where the Tribunal has taken the view that the term ‘tax’ was much wider term than the term ‘Income Tax’ since the former, as per amended definition of ‘tax’ as provided in Section 2(43) included not only Income Tax but also Super Tax & Fringe Benefit Tax.

(f) Therefore, without there being any corresponding amendment in the definition of Income Tax as provided in Explanation-2 to Section 115JB, Fringe Benefit Tax was not required to be added back while arriving at Book Profits u/s 115JB. Similar view has been expressed in another judgment of Tribunal titled as Reliance Industries Ltd Vs. ACIT [ITA No. 5769/M/2013 dated 16/09/2015] where the Tribunal took a view that ‘Wealth Tax’ did not form part of Income Tax and therefore, could not be added back to arrive at Book Profits since the adjustment thereof was not envisaged by the statutory provisions.

(g) Therefore, we are of the opinion that the adjustment of impugned item as suggested by Ld. CIT was not legally tenable in law which leads us to inevitable conclusion that the omission to carry out the said adjustment did not result into any loss of revenue. Therefore, one of the prime condition viz. prejudicial to interest of revenue to invoke the revisional jurisdiction under the provisions of Section 263 has remained unfulfilled in the present case and therefore, the impugned order could not be sustained in law. Hence, we set aside the same.