Same PAN allotted to two persons: How to resolve it? 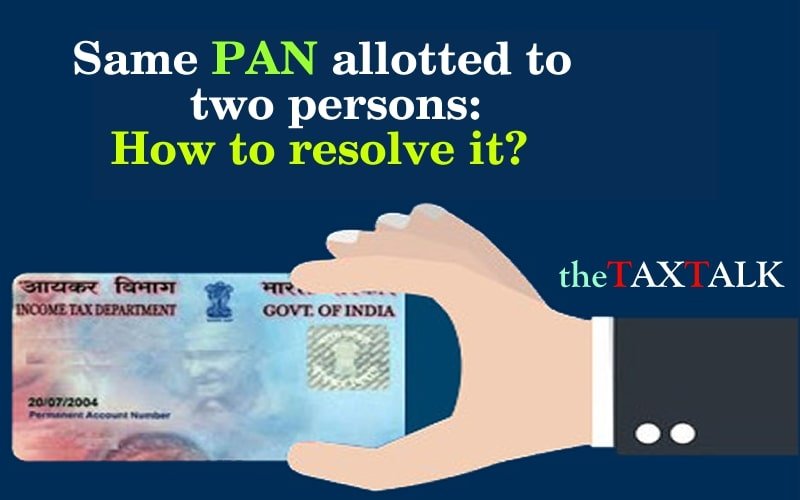 How to resolve it?

There are instances where one PAN number is allotted inadvertently to two persons. Question arises as to how to resolve the issue in such cases? Here is a resolution by Directorate of Income Tax (System) as under:

Sub: – Allotment of one PAN to two or more taxpayers- resolution regarding.

Instances of allotment of one PAN to two persons and in rare cases even to more than two persons have come to the notice of Directorate of Income-tax(Systems). In this regard the Directorate formulated a policy and the same was issued vide AIS Instruction No. 82 dated 21.06.2013 which stated that “the person who has been allotted PAN earlier in time will be the actual owner of that PAN arid the same will be retained by him and the person who has been inadvertently allotted the same PAN later in time, will have to obtain a new PAN by surrendering his wrongly allotted PAN”.