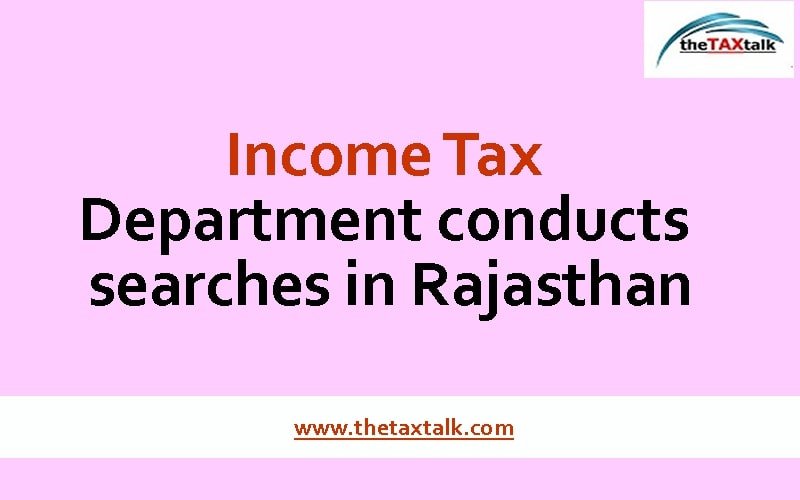 The Income Tax Department carried out a search operation on 03.08.2022 on a
Jaipur based group, engaged in the business of gems and jewellery, hospitality and real
estate. The search operation has covered more than three dozen premises located in
Jaipur and Kota.

During the course of the search, large number of incriminating documentary and
digital evidences have been found and seized.

The analysis of seized evidences of real estate business reveals that the group
has been indulging in large scale tax evasion by accepting on-money in cash on the
sale of residential dwellings and land which has not been recorded in the regular books
of account. Further, evidences pertaining to out-of-books sale of gems and jewellery
were also unearthed during the search.

The search also revealed that the unaccounted income so earned has been
invested in land, construction of luxury hotel and has also been used in financing cash
loans. The seized evidences contain details of interest income earned on these cash
loans which has not been recorded in the books of account.

A preliminary investigation indicates that the group has indulged in generation of
unaccounted income exceeding Rs. 150 crore. So far, the search operation has resulted
in seizure of unaccounted assets exceeding Rs.11 crore.