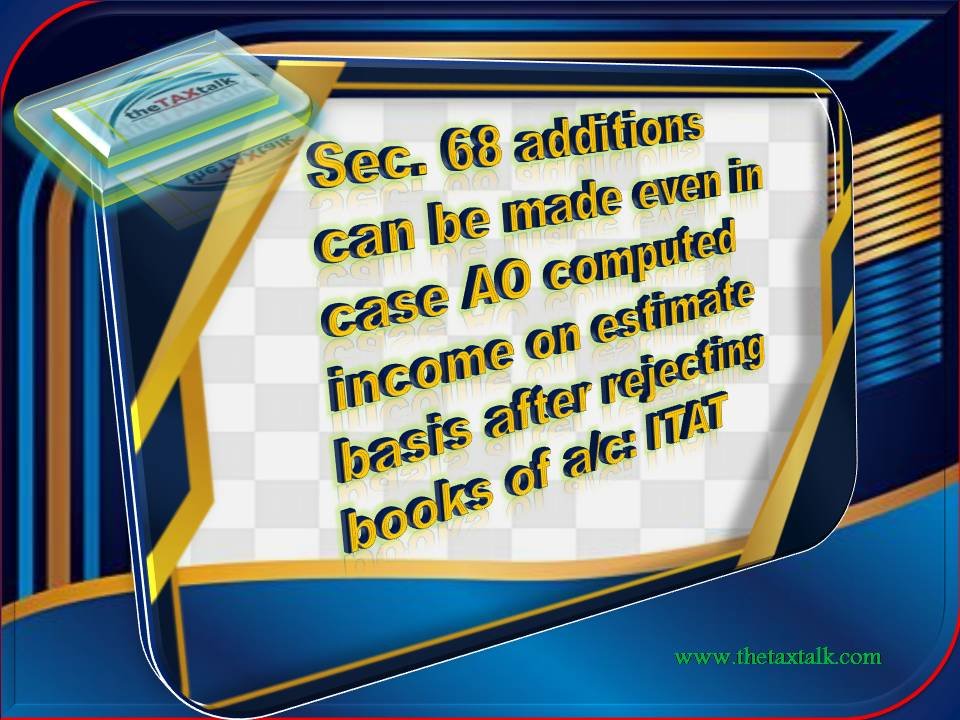 If the books of accounts are rejected and estimated net profit rate is applied sec.145(3) for determining net profit from the business carried on by the assessee, AO cannot make additions to net profit in respect of disallowances u/s 40. However, the AO is free to make additions u/s 68 towards unexplained cash credit.

Interest income on investment of surplus fund with co¬operative banks is entitled for deduction under section 80P(2)(d): ITAT Mumbai