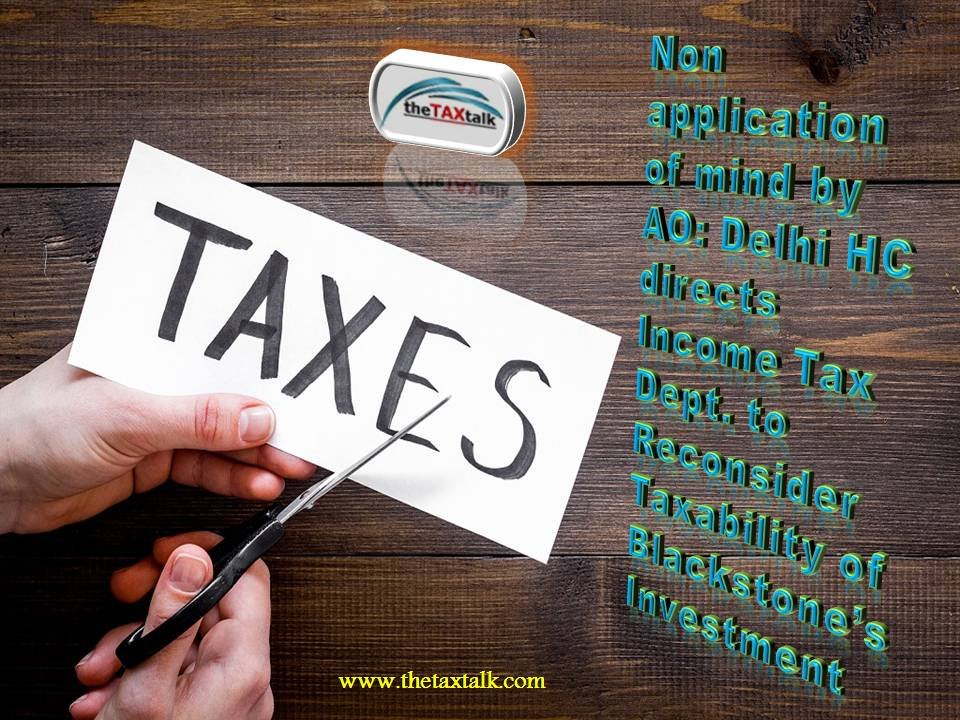 Delhi HC has asked the department to Reconsider Taxability of Blackstone’s Investment in the write petition filed by Blackstone Capital Partners (W.P.(C) 572/2023).

Hon Delhi HC held as below:

Interest income on investment of surplus fund with co¬operative banks is entitled for deduction under section 80P(2)(d): ITAT Mumbai