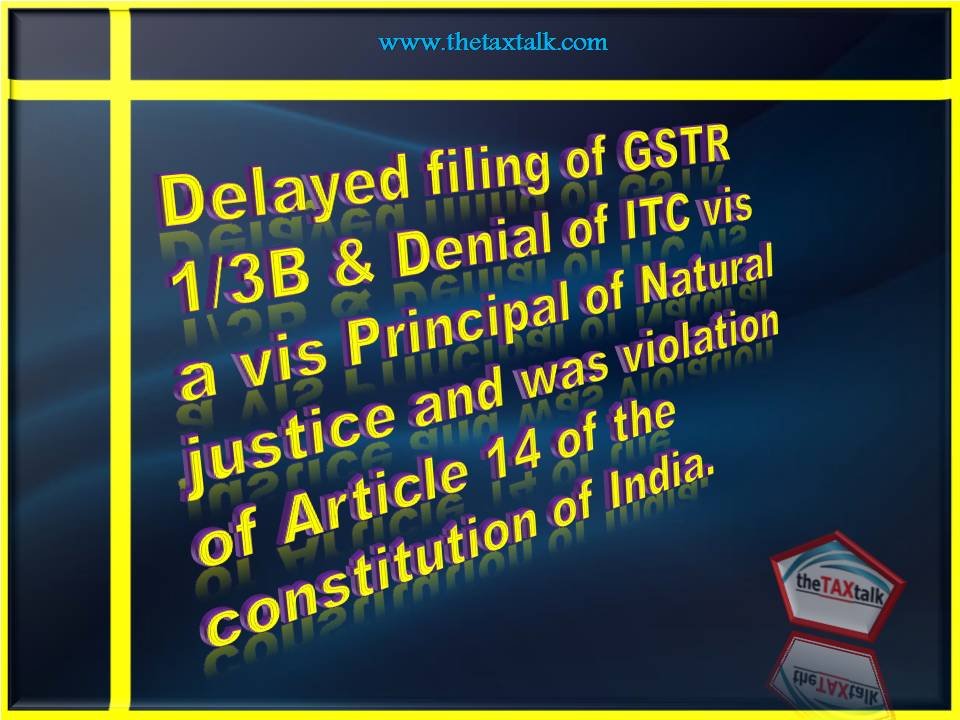 Here was an interesting case before Hon’ble Division Bench of the Calcutta High Court as under:

In this case, the appellant petitioner had approached the Hon’ble High court with the grievance that M/s ECL has denied payment of GST of Rs 3.66 cr on the ground of delayed filing of GSTR 1/3B return by the appellant for a certain tax period and since ECL had approached the Hon’ble WBAAR in order to test the eligibility of the said ITC and the WBAAR had ruled the same to be ineligible on the basis of improper submission of facts by ECL and not consideration of the provisons of law by WBAAR which thus denied the appellant from justice and was violative of article 14 of the constitution of India.

The Hon’ble DB while noting the contention of the appellant, quashed the of the WBAAR and remitted the matter back to WBAAR for consideration afresh by allowing the petitioner to be a part of the proceedings and bringing all material facts on record as the earlier proceedings were conducted without the appellant herein and thus had prejudiced the appellant.

The merits of the matter was kept vide open for the WBAAR to adjudicate afresh.

IN THE HIGH COURT OF JUDICATURE AT CALCUTTA CIVIL APPELLATE JURISDICTION

of all legal formalities.