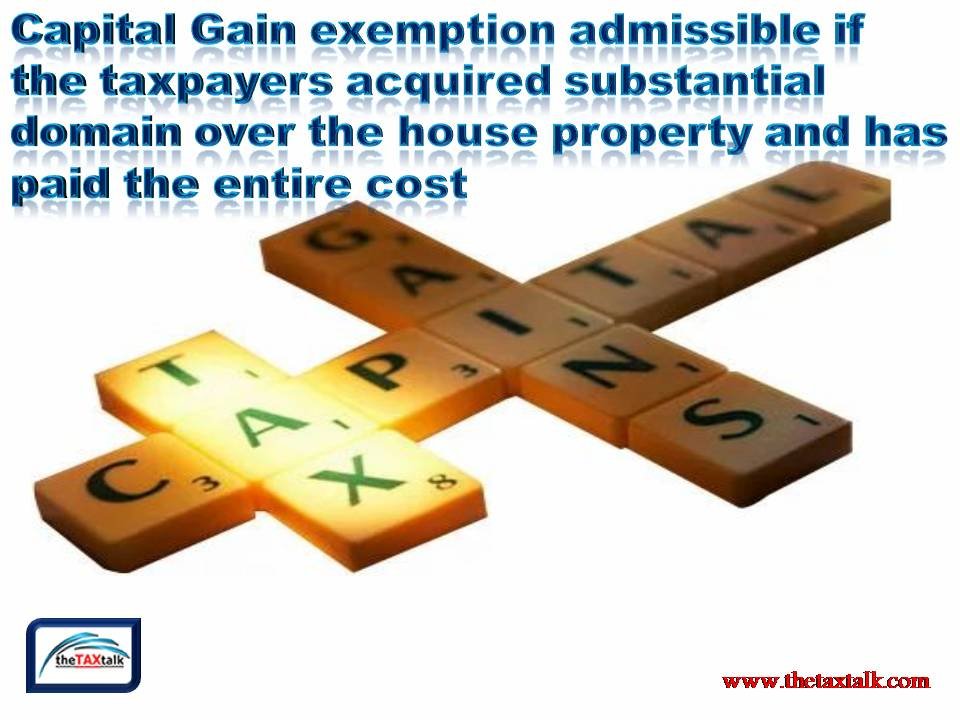 Capital Gain exemption admissible if the taxpayers acquired substantial domain over the house property and has paid the entire cost.

Here is a landmark order by Bombay HC wherein it has been held that Capital Gain exemption admissible if the taxpayers acquired substantial domain over the house property and has paid the entire cost.

is answered in the affirmative and in favour of the assessee.

If substantial investment is made, the capital gain exemption is admissible even if the construction is not complete

Long term capital loss is available for set-off in the hands of the successor amalgamated company: ITAT