Use of car for personal use as well: ITAT disallowed 20% of depreciation as no log book for usage of car maintained 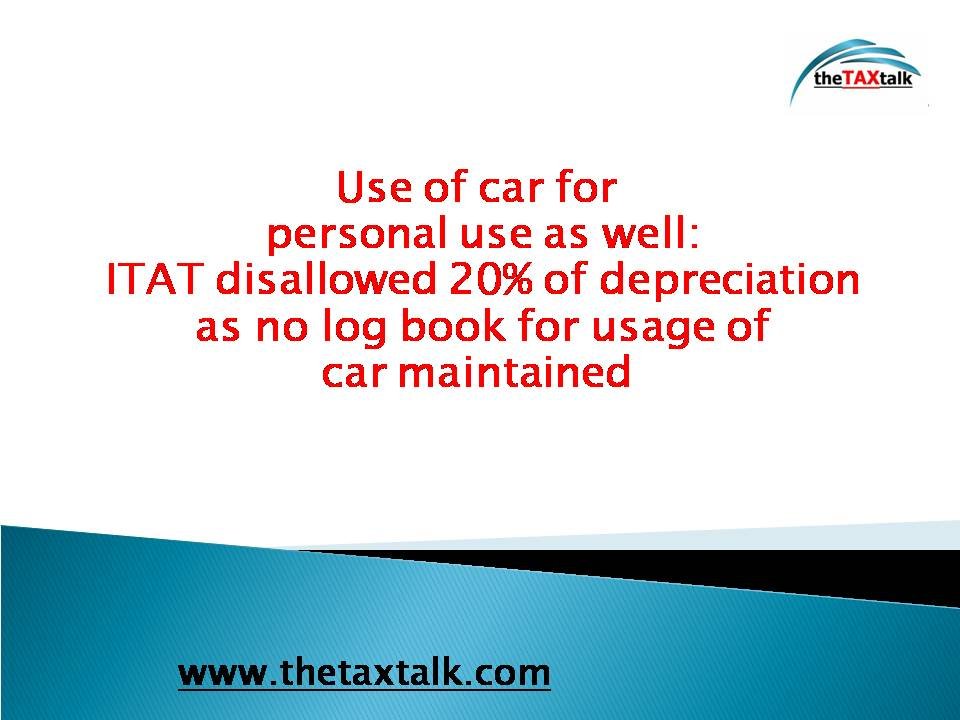 Use of car for personal use as well: ITAT disallowed 20% of depreciation as no log book for usage of car maintained

The element of personal usage cannot be overruled in case the businesses, firm or a company owned a car. During assessment, often this is a matter of disallowance to some extent.

Here is an interesting case before Mumbai ITAT as under:

The first issue involved was with regard to the deemed dividend taxation under section 2(22) of the Income-tax Act, 1961. The issue was pertaining to the Assessment year 2012-13.

It was noted that both companies were not companies in which the public was substantially interested.

Further, assessee was holding more than 10 per cent shares in both companies.

ITAT answered it in affirmative with a big yes. ITAT held that the Assessing Officer was justified in treating loan amount received by assessee as deemed dividend.

The second issue was with regard to the disallowance of the depreciation on the car which might have been used for personal purpose as well.

Related provisions were Section 38, read with section 32, of the Income-tax Act, 1961. The issue framed before ITAT was whether where assessee claimed depreciation on a motor car but had not maintained any log book for usage of said vehicle by proprietor and their family, 20 percent of depreciation on motor car was to be disallowed as being attributable to personal usage of asset in terms of provision of section 38(2)? ITAT has again answered in affirmative in favour of the Revenue.