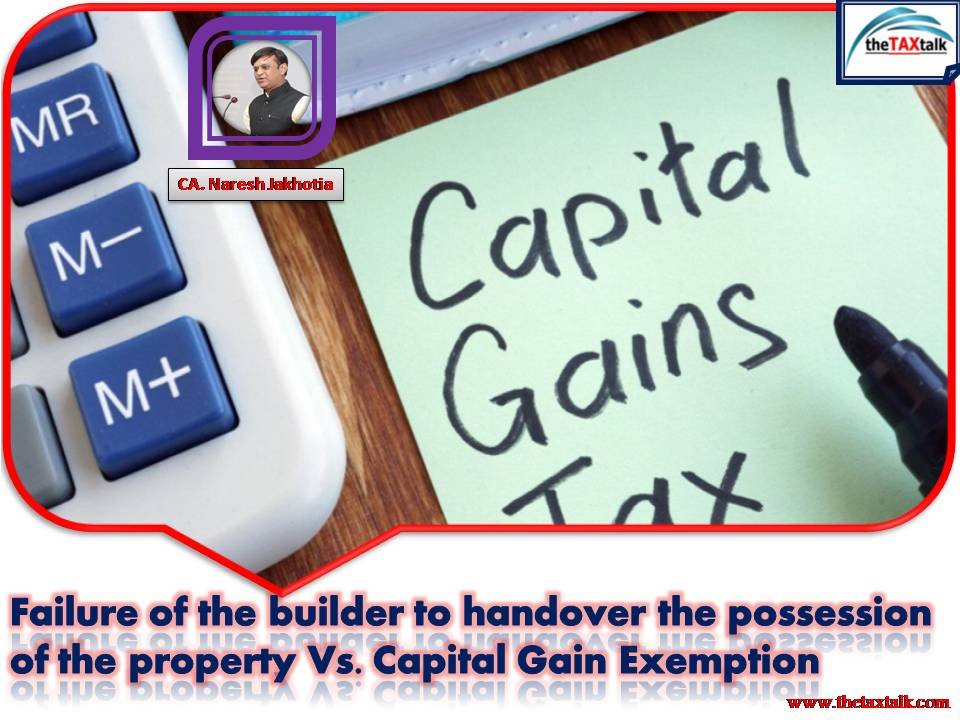 Any profit arising from transfer of land, building, gold, or any other capital assets is subject to income tax as “Capital Gain”. Taxpayers have options to save the tax arising from transfer of Long Term Capital Assets by claiming an exemption under various provisions of the Income Tax Act-1961. The most commonly used are section 54 & Section 54F. Both this section offers exemption on the condition that the taxpayers invest the amount for purchase or construction of another residential house property within a prescribed time frame, as under:
i] For purchase:
One year before or two years after the date of Sale/Transfer.

Three years from the date of Sale/Transfer.

The time limit is very important for capital gain exemption & its violation often results in its denial. There are numerous instances of denial due to non adherence to the strict time limit for exemption. However, exceptions do exist and the judiciary has granted the exemption in some genuine cases though it is strictly not in accordance with the provision of the Income Tax Law. There are cases wherein the taxpayer makes the payment for purchase of the flat to the builder but the builder fails to complete the scheme due to legal disputes, non-sanctioning, liquidity crunch, etc. There are also cases where the possession is handed over by the builder to the customers but the sale deed could not be executed for some technical reasons. In such cases, though the claim of capital gain exemption was not accepted during the course of the assessment, the same is granted by the court at the appellate stage. Let us have a look at some of them.

In various precedents, tax Tribunals and High Courts have taken liberal view while granting the exemption u/s 54 and 54F by holding that the purpose of exemption is to promote purchase and construction of residential houses. Though the above judgement may help in understanding the judicial intent, one cannot construe that in all cases with a similar set of facts, the appellate authorities will rule in favour of the taxpayer. Taxpayers must try to stick to the timelines provided in the law. The judiciary normally allows the exemption under following circumstances:

Precaution while investing in under-construction project:

If at the time of agreement with the builder, the time limit provided for handing over the possession of the property is beyond 2 years or 3 years then the taxpayers may not be able to get the exemption. Capital gain exemption can be granted only if there is a failure on the part of the builder to hand over the possession despite agreement with the taxpayers to do so within the prescribed time limit.

If substantial investment is made, the capital gain exemption is admissible even if the construction is not complete

Saving surcharge on income tax by way of having the Partnership Firm:

Long term capital loss is available for set-off in the hands of the successor amalgamated company: ITAT