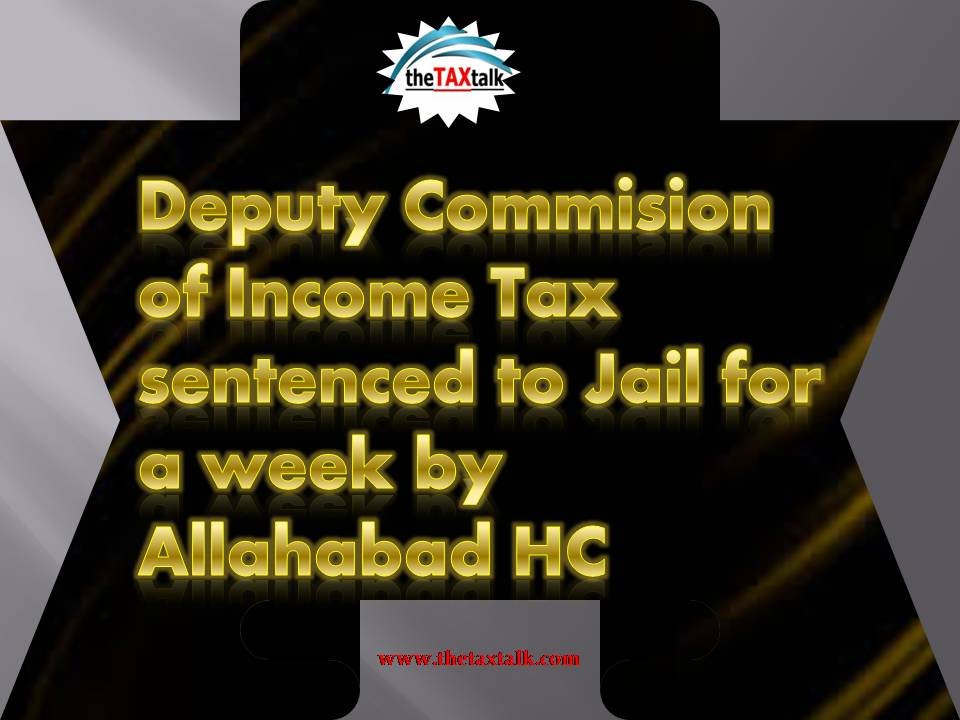 Here is an order by Allahabad HC wherein the DCIT is sentenced to a Jail. The case detail is as under :

Let is have a short overview of the case:

Hon Allahabad HC held as below: