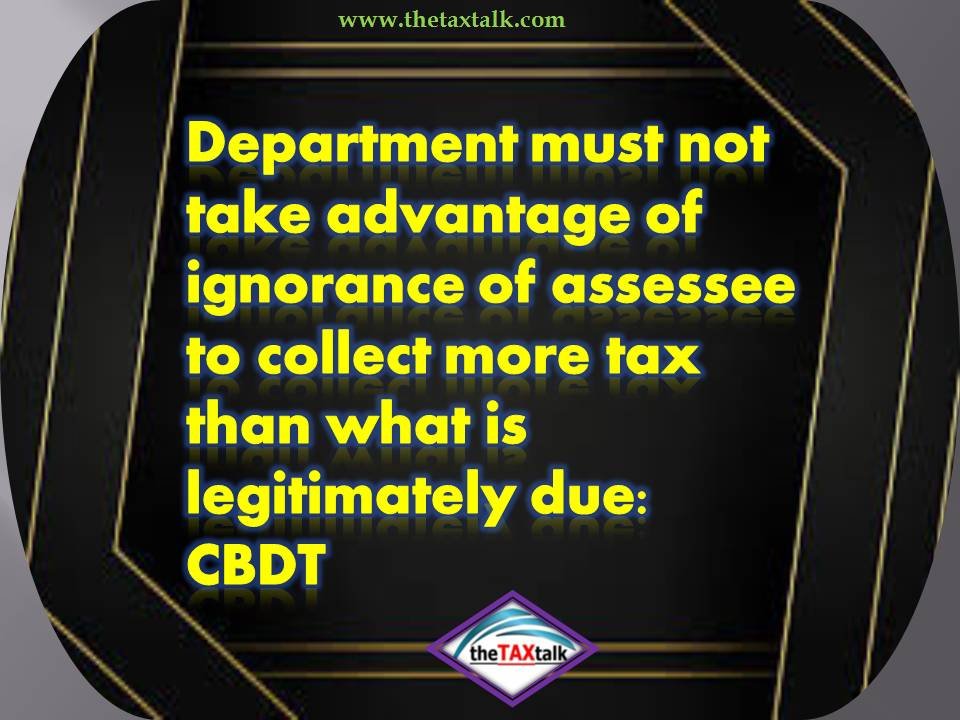 There is a landmark circular by the CBDT which was issued in the context of the 1922 Act. The circular is still relevant and can be used in all the present assessment proceedings as well.

The copy of the same is produced hereunder:

The following examples (which are by no means exhaustive) indicate the attitude which officers should adopt:—

compliance calender for the month of February Inbox

Empanelment of Chartered Accountant firms/LLPs for the year 2020-2021

Introduction of a new type of semi-closed Prepaid Payment Instrument (PPI) – PPIs upto ₹ 10,000/- with loading only from bank account

Go Live of SAP based Filing of Appeal Applications under MVAT and CST Act Dated 30.11.2019

Advisory on Exhibit B3 of SEBI’s Circular dated 29th March 2019 regarding Procedure and formats for limited review / audit report of the listed entity and those entities whose accounts are to be consolidated with the listed entity.

Conditions on tax compliances of undisclosed foreign income and assets