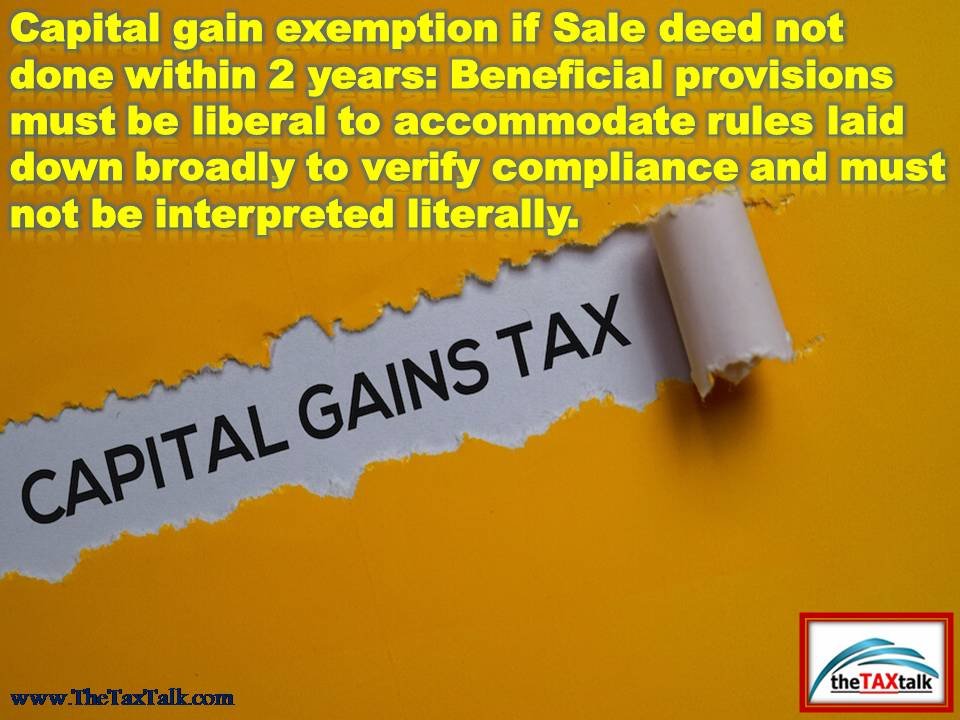 The common issue in various cases in capital gain exemption U/s 54 or 54F is whether the taxpayer would be eligible to the claim of deduction if the house was not registered within the period of three years or two years? In all such cases, the fact that the payment for the new asset was paid off within the specified time remains an indisputable fact. This was the issue in the case as under:

Let us have a Short overview of the case:

– It is not disputed by assessee that new house property has been registered beyond period prescribed, i.e., two years after date of sale of house property or alternatively after three years permitted for construction of property.

—However, it is contended that the requirement of section is that capital gains must have been “utilized” within a specified period and funds must be out of control of the assessee.

—Assessee in instant case has indeed paid developer amounts of Rs.1.26 crores before filing return of income and also affirmed by Assessing officer in remand report

—Assessee’s claim of having utilized capital gains before filing return of income, has thus been fulfilled and assessee is eligible for claim of deduction u/s 54, in so far as assessment year 2015-2016 is concerned

—It is also relevant to consider registered sale deed dated 23.03.2018, wherein assessee has purchased residential house in which developer B is also a consenting witness to said sale deed who has made payment for and behalf of assessee and stamp duty also has been paid by him which clearly establish fact that advance paid by assessee to B was with an intention to reinvest proceeds of capital gains in acquiring a new property and consequently conditions as specified in section 54 having been complied

—Section 54 being benevolent in nature, it should be liberal in interpreting provisions of section 54 considering the fact that the new house was eventually acquired, out of the same capital gains utilized, which has been brought on record and not in dispute.

—Assessee is entitled to claim deduction to extent of Rs.1,26,00,000 and direct A.O. to allow claim u/s 54 to said extent—Assessee’s appeal partly allowed.

The task of interpretation of a statutory enactment is not a mechanical task. It is more than a mere reading of mathematical formulae: Supreme Court