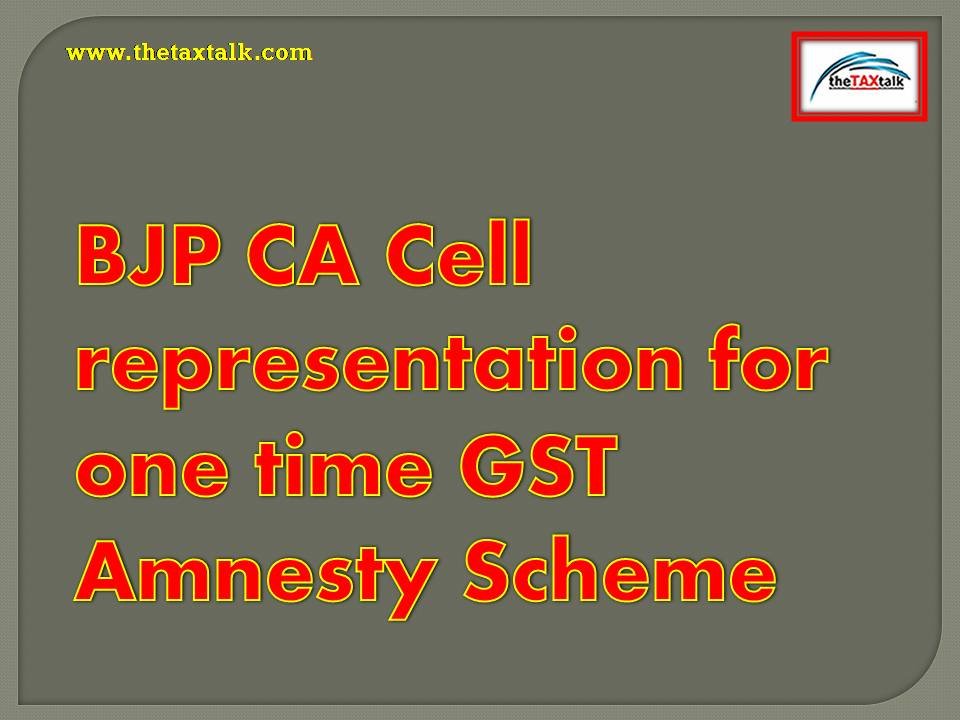 Sub: Suggestion an Issue on GST

The following issues to be considered:

Await your Appointment for personal Discussion.