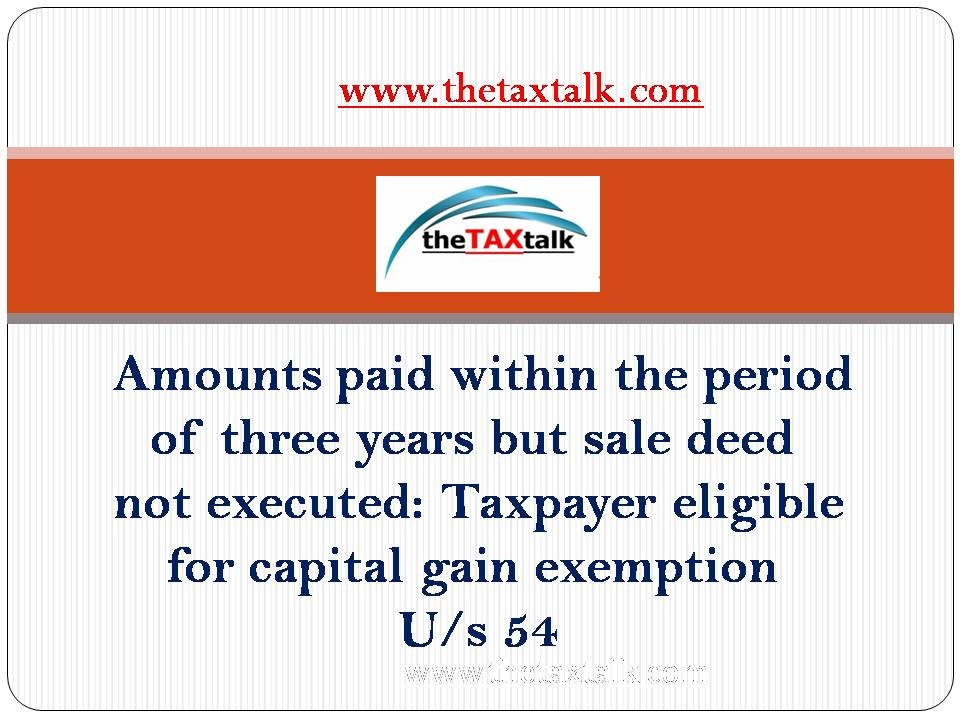 —Section 54 being benevolent in nature, it should be liberal in interpreting provisions of section 54 considering the fact that the new house was eventually acquired, out of the same capital gains utilized, which has been brought on record and not in dispute.
—Assessee is entitled to claim deduction to extent of Rs.1,26,00,000 and direct A.O. to allow claim u/s 54 to said extent—Assessee’s appeal partly allowed.