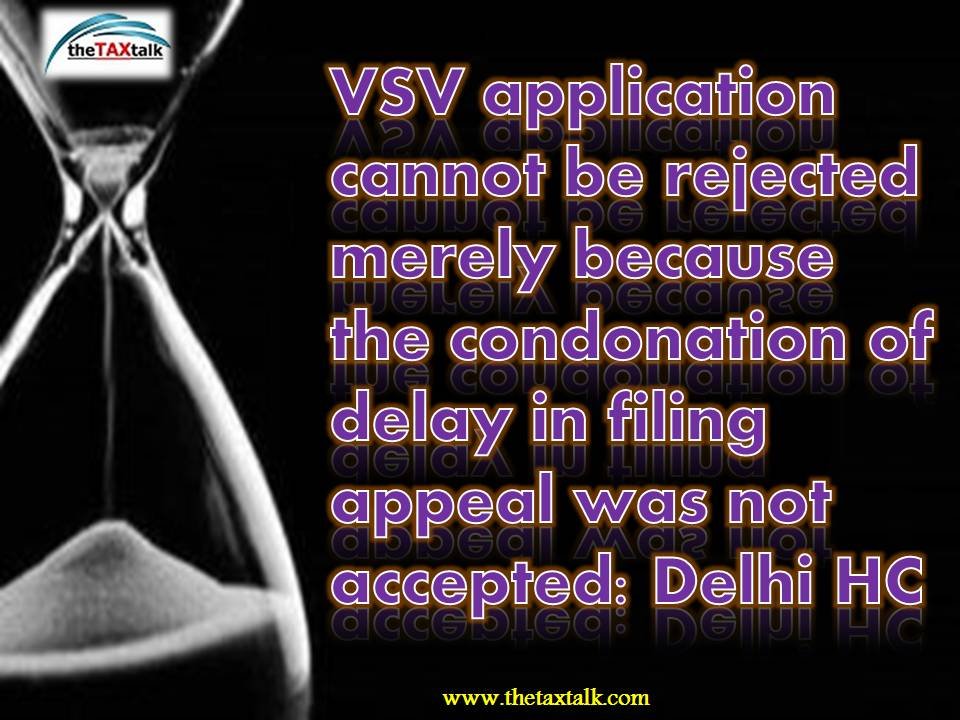 “Q-59. Whether the taxpayer in whose case the time limit for filing of appeal has expired before 31 Jan 2020 but an application for condonation of delay has been filed is eligible? Ans. If the time limit for filing appeal expired during the period from 1 st April 2019 to 31 at Jan. 2020 (both dates included in the period), and the application for condonation is filed before the date of issue of this circular, and appeal is admitted by the appellate authority before the date of filing of the declaration, such appeal will be deemed to be pending as on 31st Jan 2020.”

Hon. Delhi HC held as below: