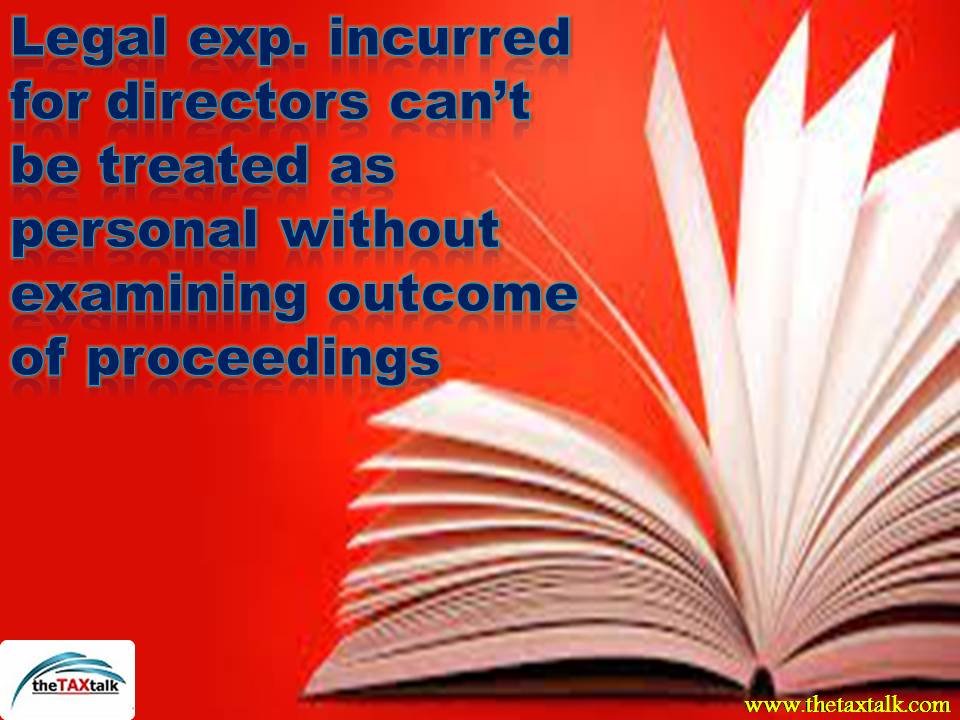 Assessee-company claimed certain legal expenses in respect of an ongoing case at the special court. During the assessment, Assessing Officer (AO) observed that the expenses were incurred by the assessee in the cases where directors and shareholders were involved in misconduct in their individual capacities. As the expenses incurred were not exclusively for business, AO disallowed the deduction of legal expenses.

The aggrieved assessee preferred an appeal to CIT(A) which in turn upheld the order of AO and the matter reached Chennai Tribunal.

The Tribunal held that the AO mainly disallowed expenditure on the ground that legal proceedings were undertaken against directors & shareholders and not against the company. In the given case, an illegal gratification of Rs. 200 crores was received by the company on account of the misdemeanors alleged to have been undertaken by the directors and shareholders.

Thus, the treatment of the reimbursement of legal and travel expenses of the directors and shareholders to pursue their case against the judicial proceedings at the special CBI Court as business expenditure by the company was in dispute.

One must look into the judgment of the special CBI court to decide whether such expenses incurred by the assessee relate to business and are eligible for claiming a deduction or not.

It should be noted that AO disallowed the legal expenses incurred for the case of the director and shareholders of the company without considering the outcome of the judgment passed by the Special Court.

AO was justified in making disallowance as the judgment of the Special Court was not available at the time of passing the assessment order. However, the same was available when the CIT(A) passed the order but it failed to consider it. Since both authorities failed to consider the judgement, the matter was remanded back to the AO for fresh consideration.