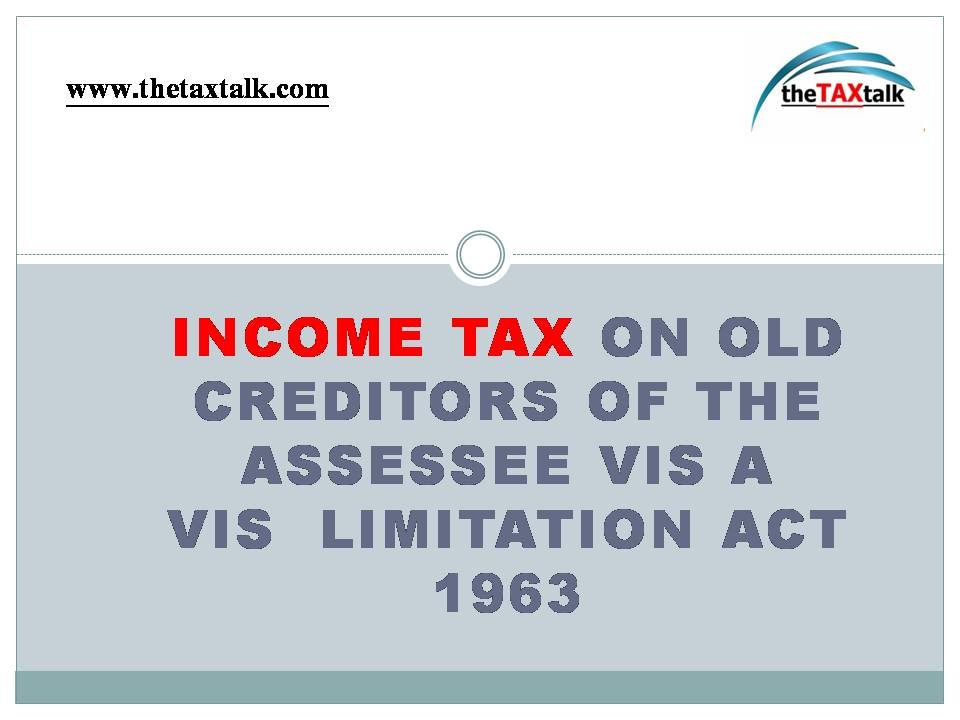 Often old creditor are brought to tax by the assessing officer during assessment proceeding. This is normally considered as taxable U/s 41.

Question arises, what are the parameters to consider the cessation of liability to be taxed u/s 41(1) of the Income-tax Act,1961 and relation with the limitation Act 1963.

Here is an interesting case as under on this issue:

The vase details is as under:

The Division bench of Calcutta High Court in this case even though was not satisfied about the grounds for condonation of 627 days **delay in filing the appeal , was not inclined to dismiss Section 260A appeal on technical ground in view of important question of law involved in this appeal where the ITAT had allowed assessees’ appeal regarding addition of Rs 12.63 crore u/s 41(1) in respect of interest payable appearing under the head current liability.

The assessee interalia contended that the liability continued to exist and was shown as such year after year and the burden was on the department to prove that it had ceased.

It also relied on the decisions of Supreme Court in the case of *Sugauli Sugar Works Pvt ltd , Kesaria Tea. **The court appreciating the fact that the creditors were examined by the AO when they appeared in response to summon and the liability was acknowledged held that the law is very clear that the limitation act cannot be pressed into service in such cases as the expiry of the period of limitation prescribed under the Limitation Act would not extinguish the debt but, would only prevent the creditor from enforcing the debt, has been well settled.

If that principle were to be applied, a mere entry in the books of account made unilaterally without any act on the part of the creditor was held not to entitle the debtor to say that the liability has been extinguished. Also distinction was made between receipt on capital account and other receipt.

Thus the department’s appeal was dismissed.

Though Explanation 1 to Section 41(1) has been inserted to treat the remission or cessation of any liability by a unilateral act on part of the debtor, the issue continues to be litigated year after year.