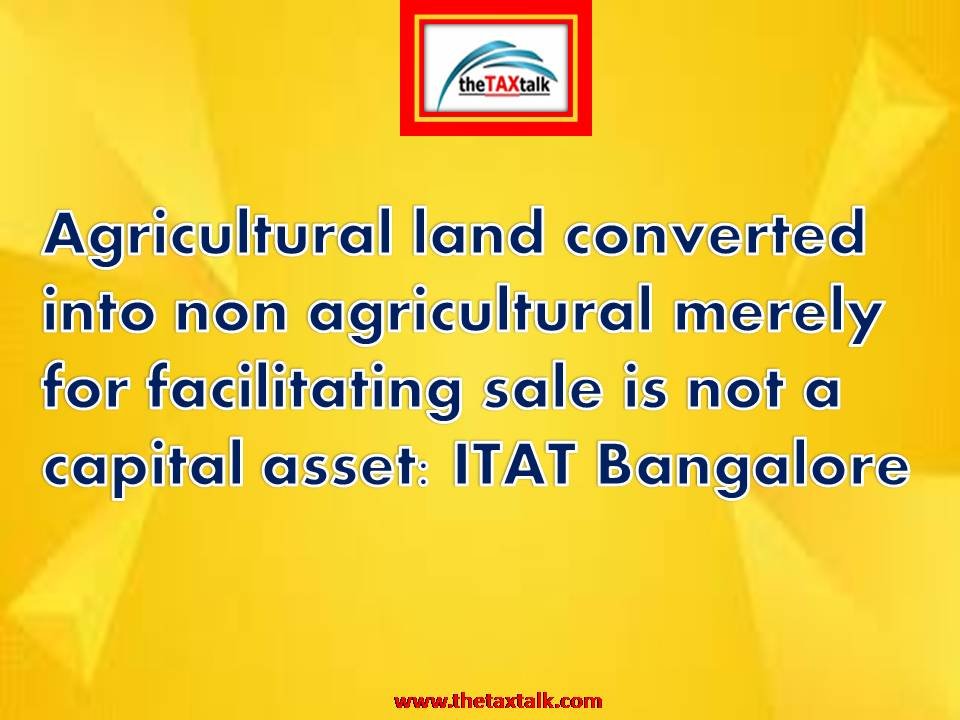 ITAT Bangalore held as below: