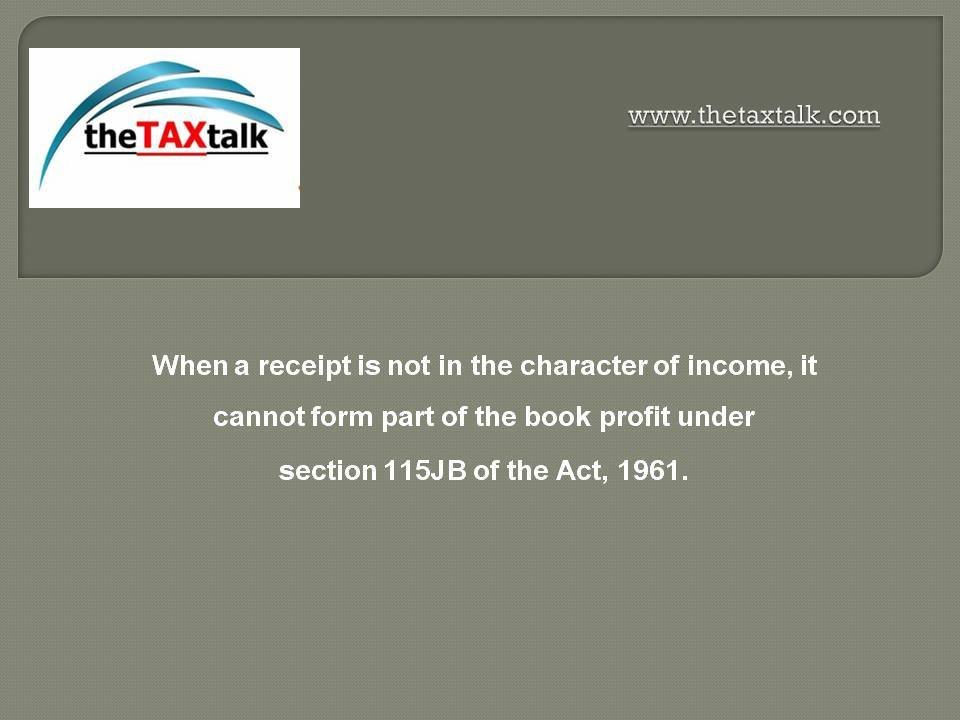 The question before the Hon High Court was whether the interest subsidy and excise refund would be treated as capital receipt or revenue receipt for the purpose of computation of book profit under the provision of Section 115JB of the Income-Tax Act, 1961?

Interest subsidy is not to be included for calculating MAT.