SC landmark Order on exemption u/s 10(23C): Whether institution has to exist solely for the purpose of education? 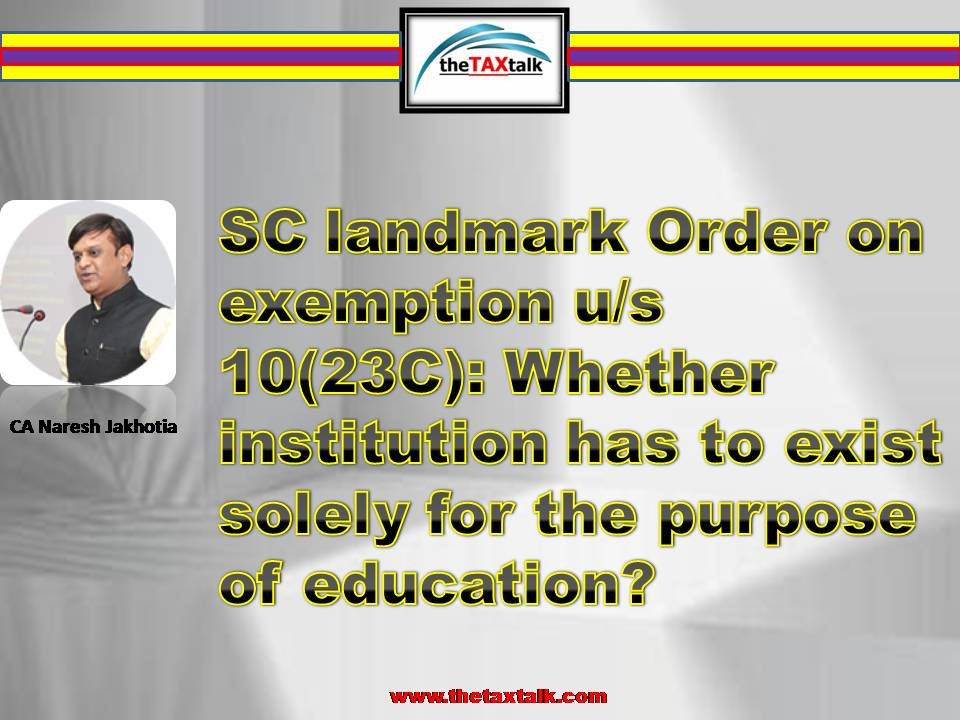 SC landmark Order on exemption u/s 10(23C): Whether institution has to exist solely for the purpose of education?

Here is a landmark order by the Hon’ble Supreme Court on the scope of section 10(23C) vis a vis society engaged in education. The issue before the SC in the case of M/s New Noble Education Society Vs The Chief Commissioner of Income-tax and another was whether an institution claiming exemption u/s 10(23C) has to exist solely for the purpose of education or it can have income from other sources as well and connected issues?*

The case is decided by the three judges bench of the Supreme Court and will  have far reaching repercussions on all such trusts & institutions which are claiming exemption u/s 10(23C) as educational and medical institutions.

Hon’ble Supreme Court held that institutions claiming exemption u/s 10(23C) cannot have objects which are unrelated to education. Further, it is held that the profit-oriented institutions would not be entitled to approval under Section 10(23C).

The order could be summarized with following points: