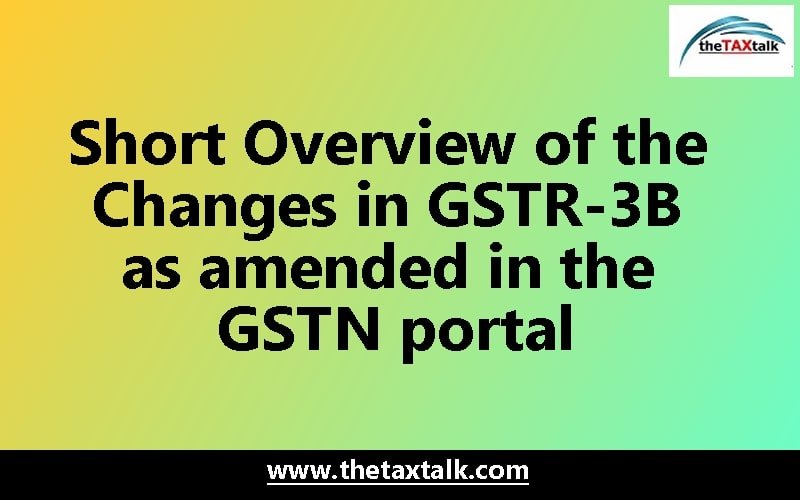 Changes have been made in the GSTN Portal for GSTR 3B to give the effect of changes in respect of reporting of ITC as recommended by the GST Council.

Reversal of ITC – Table 4(B)
Ineligible ITC (Permanent reversal and Temporary reversal) will be reported separately in Table 4(B). Consequently, Net ITC as per Table 4(C) i.e., [4(A) – 4(B)] shall only be credited to the electronic credit ledger.

In the Table 4(D) – Other details, following needs to be reported-:
(1) ITC reclaimed which was reversed under Table 4(B)(2) in earlier tax periods
(2) Ineligible ITC under section 16(4) and ITC restricted due to POS provisions.

The screen shot of the changes is as under: 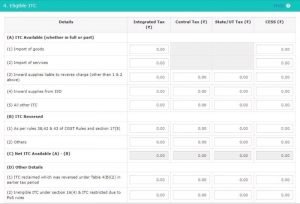