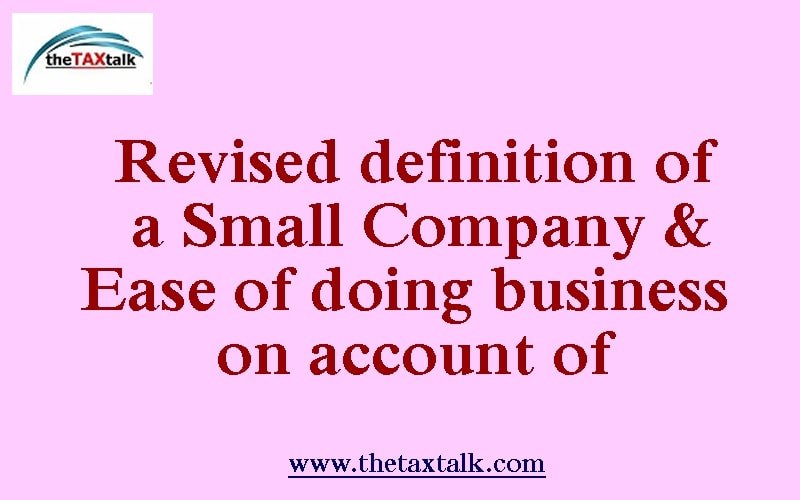 No need to prepare Cash Flow Statement as a part of Financial Statements.

If a company is covered under the definition of Small Company, it will remain exempted from the applicability of the CARO 2020.

Rotation of auditors is not applicable in case of Small Companies.

An Auditor of a Small Company is not required to report on the adequacy of the internal financial controls and its operating effectiveness in the Auditor’s Report.

A Small Company is required to hold only two board meetings in a year.

A Small Company can file an abridged annual return self certified by directors.