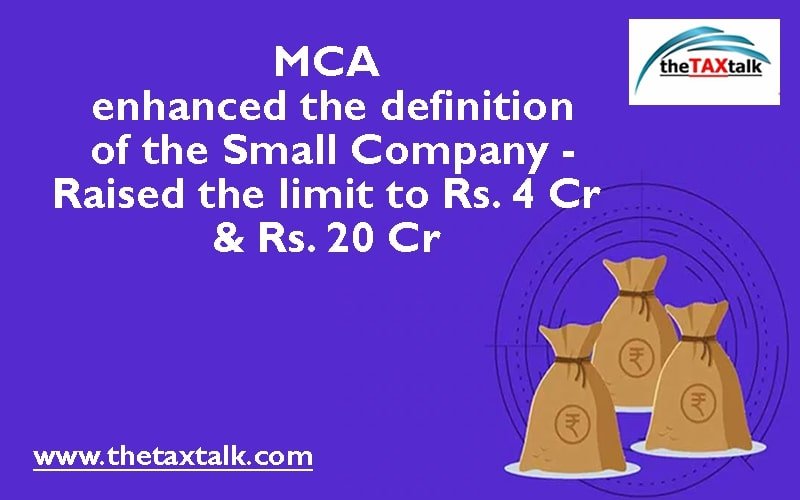 MCA has done an Amendment in definition of Small Company, Section 2(85) of the Companies Act, 2013 with effect from 15th September, 2022,

It has has amended the Companies (Specification of definition details) Rules amending the definition of _Small Company_, the limit of Paid up Capital and Turnover for the small company has been increased to Rupees Four Crores (Earlier 2 Crs.) and Rupees Forty Crores (Earlier 20 Crs.) respectively.

It must be noted that  as the Amendment is effective from 15th September, 2022, the earlier threshold limit of Rupees Two Crores and Twenty Crores for Paid Up Share Capital and Turnover respectively for the purpose of Prepara

MCA enhanced the definition of the Small Company - Raised the limit to Rs. 4 Cr & Rs. 20 Cr