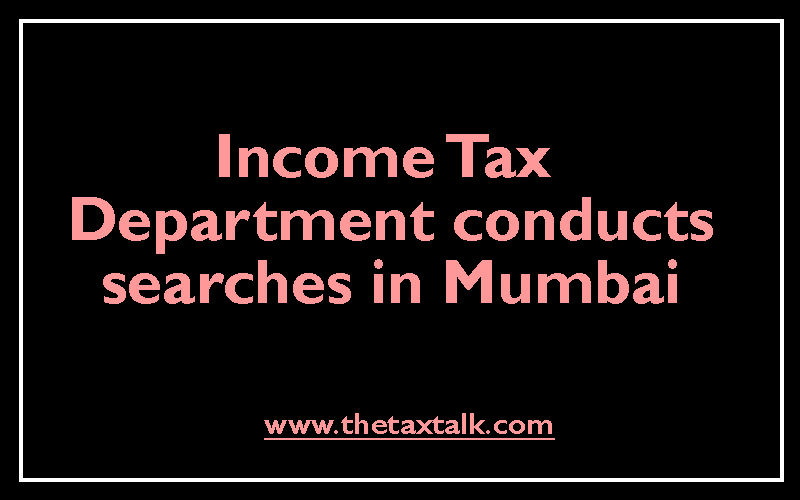 Income Tax Department carried out a search and seizure operation on
05.07.2022 on a group engaged in agro and textile business, and another group of entry
operators. A total of 27 premises were covered during the search action in Mumbai and
Delhi NCR.

During the course of the search operation, a large number of incriminating
evidences in the form of hard copy documents and digital data have been found and
seized.

It was found during investigation that most of the turnover of the listed companies
of the main group has been generated through circular trading. The promoter of the
group was involved in systematic manipulation of performance of certain group
companies on stock markets, with the help of stock brokers. Several instances of out of
books payment to some stock brokers for unlawful purposes, have also been found. All
such irregularities have been admitted by both, the promoter and the stock brokers. The
group is also supported by a professional person, who is primarily engaged in providing
accommodation entries to several other groups, in exchange of cash.

These evidences also revealed that the group has generated huge amount of
cash through claiming bogus purchases of various materials including packing material
of more than Rs. 100 crore. Moreover, the group has also indulged in unaccounted sales
of agro and textile items over Rs. 150 crore. Hand written diaries containing cash
transactions have also been found and seized, which have been duly corroborated by
statements of some of the counterparties/beneficiaries covered under the search action.
Searches were also conducted in case of another group which is involved in

providing accommodation entry. This group is found to be operating and controlling
various concerns including LLPs, companies and proprietorship concerns through which
accommodation entry of sale and purchase of cut and polished diamond as well as
shares are given in the guise of genuine business. Themain persons of the group have
admitted in their statement under oath, about arranging accommodation entries
pertaining to expenses and unsecured loans for various beneficiaries, against cash. A
preliminary analysis of few years of such transactions shows that accommodation
entries in the nature of bogus loans and expenses exceeding few hundred crore have
been provided through these entities.

Unaccounted cash of Rs. 1.4 crore has been seized during the search operation.
Further investigations are in progress.