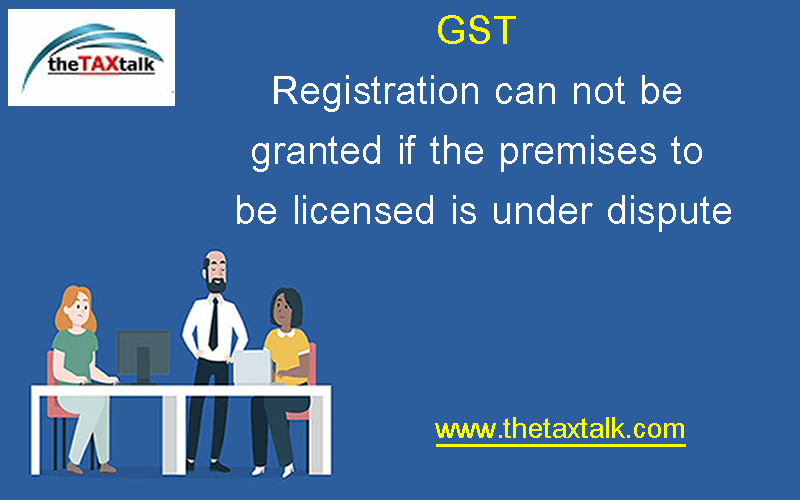 Union Territory of J&K and others …..Respondent

Issues Involved :- This writ petition is disposed of by holding that so long as the premises to be licensed under the Act remains under dispute, GST registration cannot be granted.

Held that:- The Hon’ble High Court held that so long as the premises to be licensed under the Act remains under dispute between the petitioner and respondent No.5, the designated authority under the Act is well within its power not to grant or renew the license under the Act in favour of one and to the exclusion of other. The parties need to settle their dispute either amicably or through intervention of the Court.