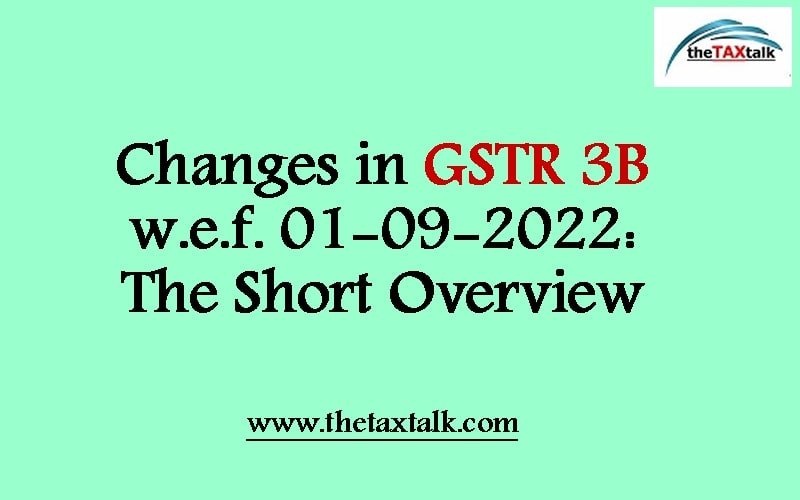 a) ITC in GSTR 2B for a tax period not claimable due to “receipt of goods in next period” or goods not received at all or because supplier has failed to pay tax:

d) “ITC ineligible due to place of supply restrictions or because of the limitation period of claim of Input Tax Credit U/s 16(4)” is shown in table 4 of GSTR 3B to be also shown in Table 4D (2) of GSTR 3B. This information shall not be entered in Table 4A or 4B of GSTR 3B

e) Reversal of ITC by “banking companies” u/s 17(4) read with R.38: First full amount of ITC shall be shown in Table 4A and then reversal shall be made in Table 4B(1)

f) “ITC reversed under Rule 42 and 43” because of partial exempt supplies, if reversed by making entry in 4B (1)in excess may require reclaim in Table 4A(5) because of Rule 42, however no row has been kept in table 4D for reclamation of such ITC. Advisory issued by GSTN says that ITC reversed in 4B (1) is not reclaimable, however Rule 42 perceives the restoration of excess reversal.

g) Similarly if “ITC blocked in 17(5) and reversed in 4B (1) is subsequently found to be eligible”, though may be reclaimed in 4A (5) but there is no row in 4D to reflect such reclaim. Advisory of GSTN says that ITC reversed in 4B (1)is not reclaimable.

h) Reclaimable reversals for “failure to pay suppliers within 180 days” may be parked in 4B (2). Reclamation at the time of payment through 4A(5) shall be supplemented by disclosure in 4D(1)

i)”Lapse of ITC on opting for composition scheme or when taxable goods become exempt” shall be parked in 4B (2).