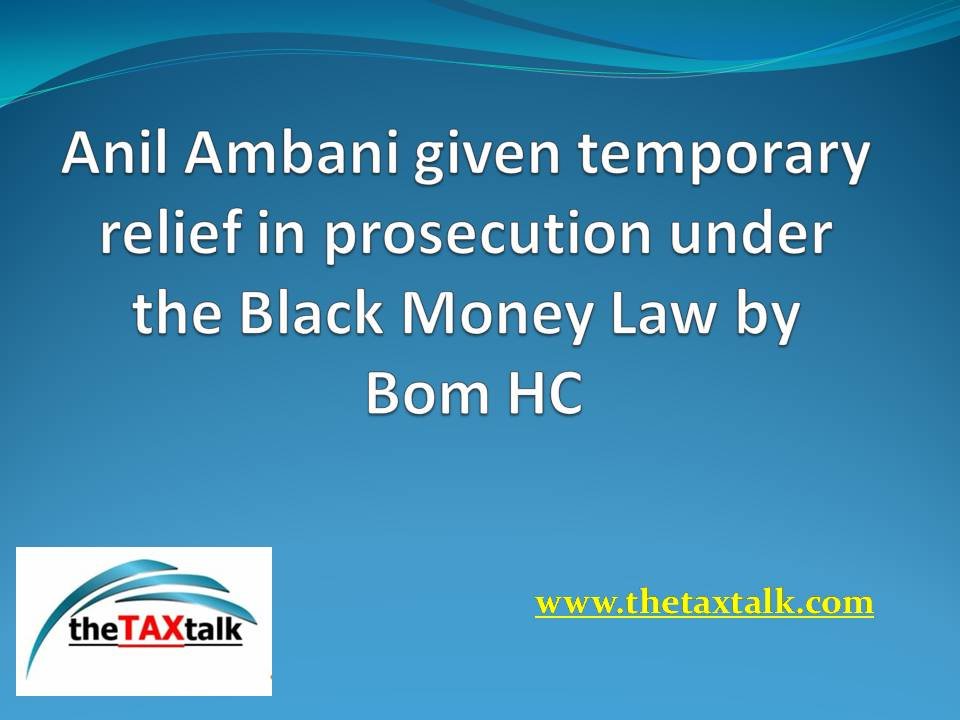 1. Tax authorities discovered that Anil Ambani (petitioner) was a “economic contributor as well as beneficial owner” of two businesses: Northern Atlantic Trading Unlimited (NATU), which was incorporated in the British Virgin Islands, and Diamond Trust, which has its headquarters in the Bahamas (BVI). The businessman has been accused with avoiding taxes to the tune of Rs 420 crores for the assessment years 2012–2013 through 2019–2020 by holding undeclared assets abroad.

2. The AO had issued an assessment order U/S Section 10(3) of the Black Money (undisclosed foreign income and assets) Imposition of Tax Act, stating that petitioner had unreported overseas assets. He appealed against the assessment order from the 31/03/22 before the CIT(Appeals).

3. A show cause had been issued U/S 50 and 51 of the Black Money (undisclosed foreign income and assets) Imposition of Tax Act of 2015, for prosecution. A conviction under which carries a maximum penalty of 10 years in prison and a fine.

4. It was argued before the Hon HC that Section 3(1) and the Sections 50, 51, 59, and 72C, which permit retrospective application, are extra vires and in violation of Articles 14, 20, and 21 of the Constitution. The petition states that provisions of the BM Act, which came into force with effect from 1st July 2015, cannot be invoked retrospectively to tax the value of any alleged undisclosed foreign asset, which may have existed prior to its coming into force on 1st July 2015.

Hon Bombay HC while granting a temporary relief held as below:

2. The Income Tax Department shall till the next date, not take any coercive action against the petitioner in pursuance to the show cause notice.