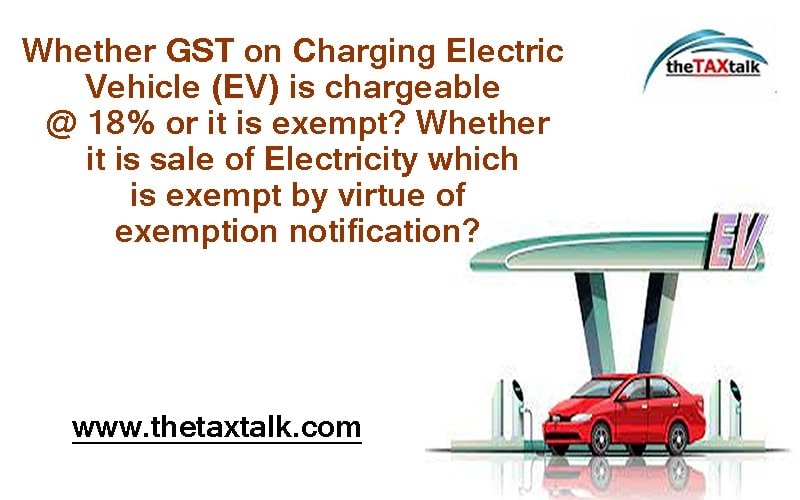 One may first note that the supply of electrical energy is a sale of electricity and it is exempt from GST under the exemption notification issued in respect of the goods.

For ease of reference and access, the relevant para of the said clarification reads as under:

One may carefully note that the above clarification categorically provides that the activity by charging station would qualify as services of charging the battery and thus the stations would not require any license under the Electricity Act as such.

If one stretches the above position to the  GST Act (i.e. charging of EV by PCS is supply of service), the activity of charging would attract GST at the rate of 18%. However, the supply of electrical energy, if treated as sale of electricity, the same would be exempted from GST under the exemption notification issued in respect of the goods

Thus the only question that arises in the given case vis a vis in the context of GST is whether the charging of battery is an activity of supply of electricity (as goods) and thus exempted from GST or alternatively it is an overall charging services by the charging station which would be subject to GST at the rate of 18%.