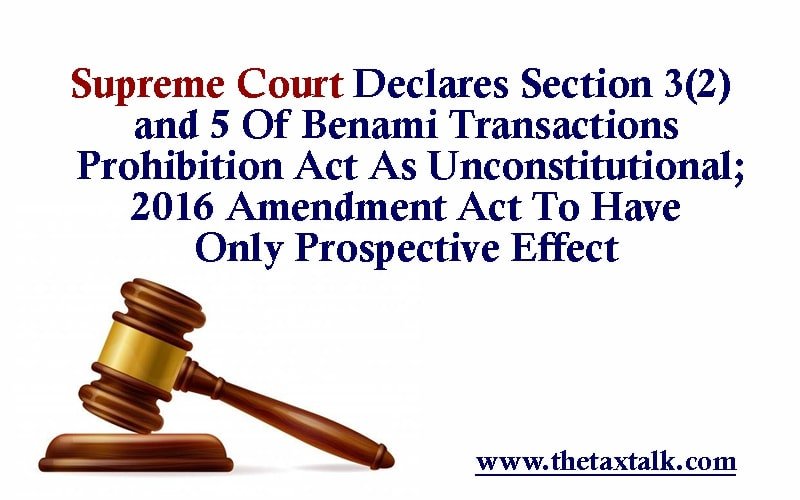 Hon SC has ruled in the case of M/s. GANPATI DEALCOM PVT. LTD. (CIVIL APPEAL No. 5783 of 2022), that the authorities cannot initiate or continue criminal prosecution or confiscation proceedings for benami transactions entered into before the 2016 Act came into force, and hence, all such proceedings stand quashed.

Drawing a distinction between the 2016 Act and its predecessor, a three-judge bench of the apex court dismissed the central government’s argument that the 2016 amendment was promulgated merely to fill gaps in the Benami Act, 1988 law.

Hon SC held that the Benami Act, 2016 can apply only prospectively, and struck down sections 3(2) and 5 of the 2016 Act as unconstitutional. While section 3(2) allowed criminal prosecution of those found guilty of acquiring benami properties between 1988 and 2016, section 5 permitted forfeiture of such properties.

Note: 57th and 130th reports of the Law Commission had asserted that it was not “suitable to accept the stringent provisions of Benami Act, 1986, for making benami transactions liable to criminal action”. The commission, the SC noted, had recommended the adoption of certain less stringent, civil alternatives.