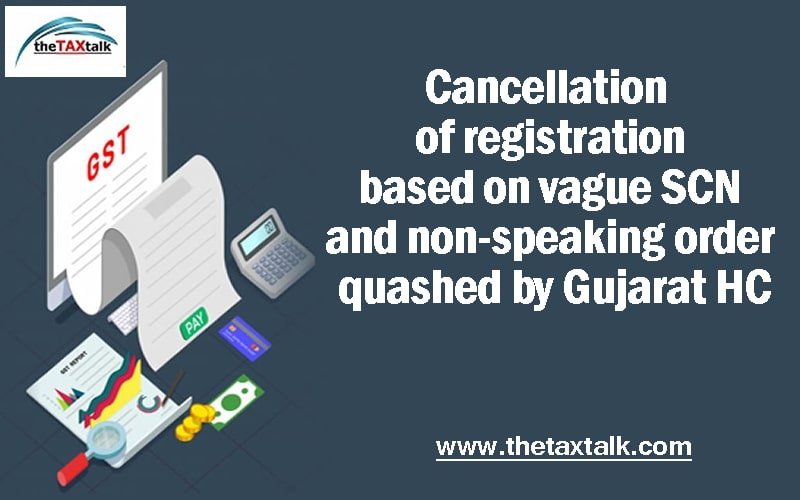 Here is an interesting order by Gujarat High court wherein the cancellation of registration based on vague SCN and non-speaking order was quashed.

The department issued show-cause notice (SCN) to petitioner for cancellation of registration in which it was stated that:

“Issues any invoice or bills without supply of goods and/or services in violation of the provisions of this Act, or the rules there under leading to wrongful availment of input tax credit or refund of tax.”

The petitioner appeared before the authority and submitted his objections but without considering his objections, the registration was cancelled. It filed writ petition against the same.

The Honorable High Court noted that SCN issued to petitioner was absolutely vague and bereft of any material particulars.

Moreover, the impugned order was also vague, non-speaking order, cryptic in nature and reasons of cancellation were not decipherable therefrom and the principles of natural justice were violated.

This, it was held that SCN and impugned order were liable to be quashed and the matter was remitted to concerned authority for denovo proceedings in accordance with law