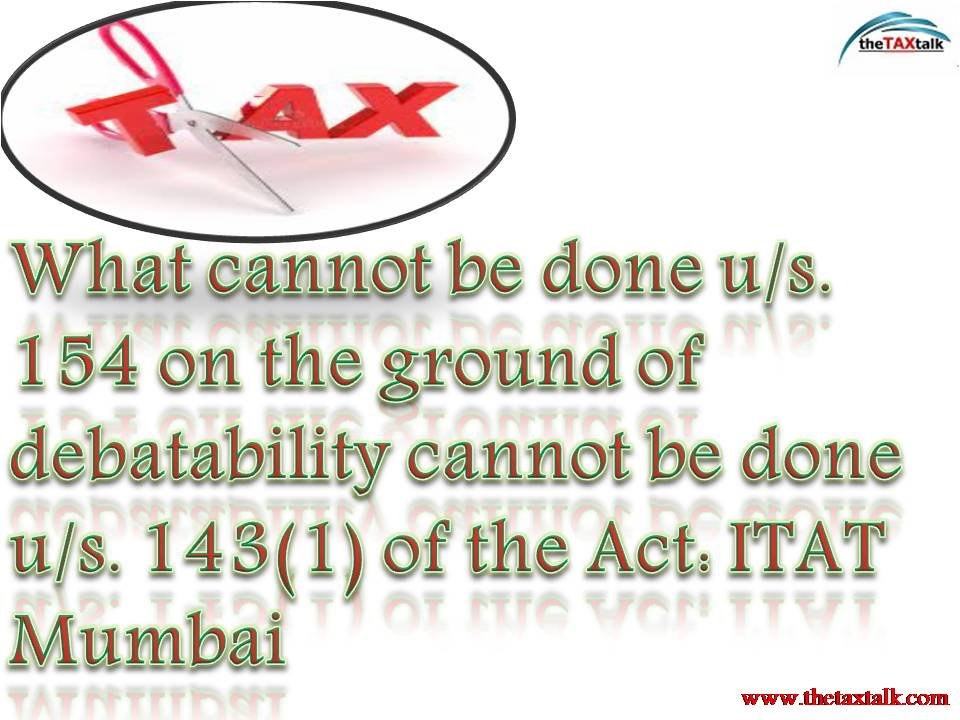 Here is one case with a similar issue. The case detail is as under:

The assessee filed a rectification petition u/s. 154 of the Act before the CPC & the CPC rejected assessee’ s petition for rectification.