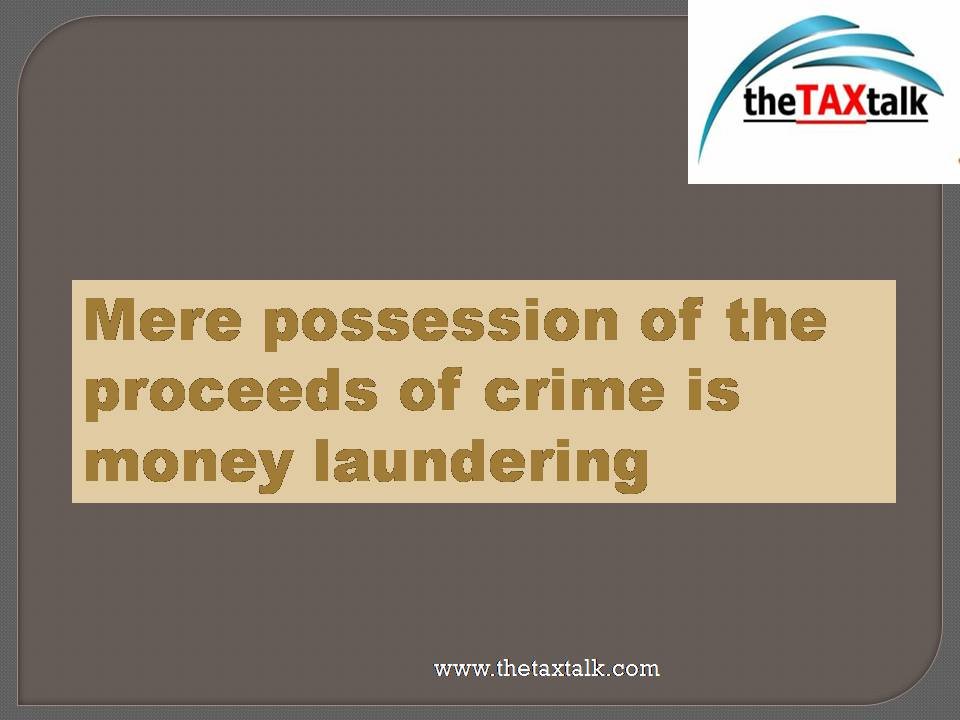 Landmark SC judgement is delivered on 27th July 2022 on the powers of the Enforcement Directorate (ED).

2. A special court can look into the relevant records presented by the ED when the arrested person is produced before it. This will answer the need for the person’s continued detention in connection with the alleged offence of money laundering.

3. Sec 5, relating to attachment of property is constitutionally valid. Sec 5 provides for a balancing arrangement to secure the interest of the person as also ensures that proceeds of crime remain available to be dealt with in the manner provided under the Act.

4. ECIR cannot be equated with FIR and ECIR is an internal document of ED. The supply of ECIR to accused is not mandatory and only disclosure of reasons during arrest is enough.

5. Upholding Section 24 (putting the burden of proof on the accused), the SC said that it has “reasonable nexus” with the objects of the Act.

7. Sec 45, under which, the Public Prosecutor is given the opportunity to oppose the application for such release and where the Public Prosecutor opposes the application, the court is satisfied that there are reasonable grounds for believing that the accused is not likely to commit any offence while on bail, has been upheld as being reasonable and having direct nexus with the purposes and objects of the PMLA.

8. Sec 50, which confers the power to ED to summon any person for the purpose of giving evidence, has been upheld by the SC and held that the Sec 50 procedure is in the nature of an inquiry, not an investigation.
(Vijay Madanlal Choudhary vs Union of India (SLP (Crl) 4634 OF 2014 | 27 July 2022)