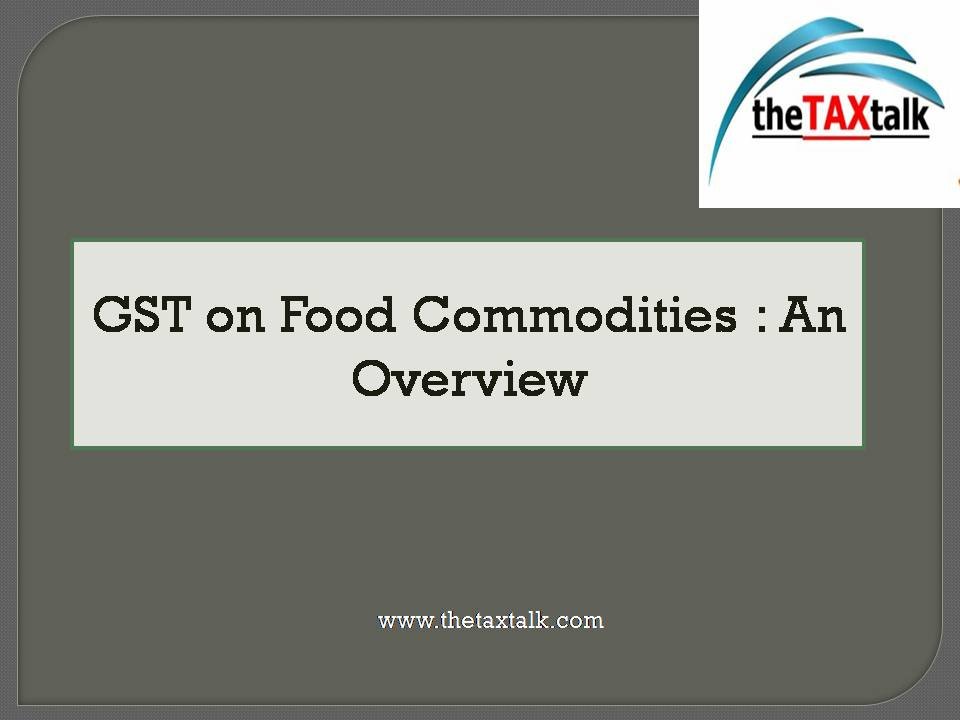 FAQ’s on which packings will have GST

Definition of ‘pre-packaged & labelled’ which would be taxed @5% GST?

The expression ‘pre-packaged and labelled’ means a ‘pre-packaged commodity’ as defined in clause (1) of section 2 of the Legal Metrology Act, 2009 (1 of 2010) where, the package in which the commodity is pre-packed or a label securely affixed thereto is required to bear the declarations under the provisions of the Legal Metrology Act, 2009 (1 of 2010) and the rules made thereunder.

“pre-packaged commodity” means a commodity which without the purchaser being present is placed in a package of whatever nature, whether sealed or not, so that the product contained therein has a pre-determined quantity

Does Bags of more than 25kg even if they are pre-packed & labelled would be taxed under GST?

No,only upto 25kg packaging of food grains need to make declaration under the provisions of the Legal Metrology Act 2009 (1 of 2010) and the rules made thereunder. So packets of more than 25kg will not be governed by Legal Metrological Act, and so they WON’T be considered as pre-packed & labelled and so NO GST on them.

Does plain bags without any printing on it would be considered as pre-packed?

Is there any difference between branded or non-branded in the new GST norms?

No,now onwards there is no difference between branded / non-branded for GST purpose. only thing to be considered is labelling, even if it’s on a plain bag.