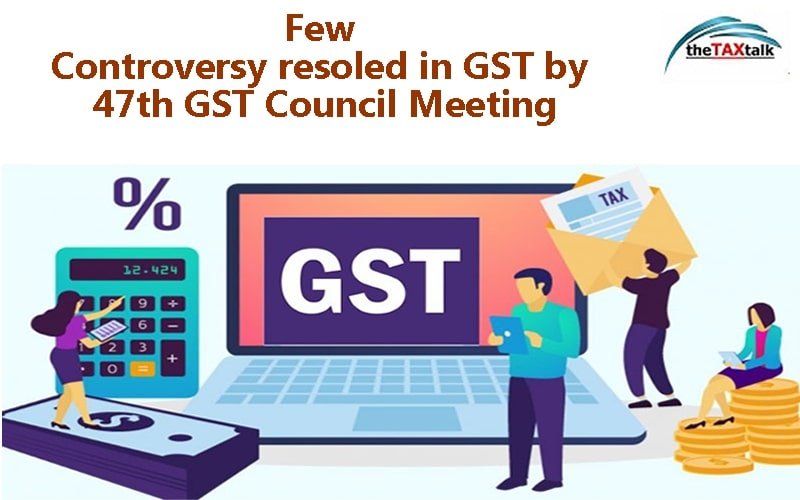 Some of the important decisions have been taken by the GST council.

PLC to be treated as Long Term Lease of Plot and not a separate service. With this, probably the issue of PLC collected in relation to apartments as well will be resolved.

2. Additional Toll collected from non FASTAG vehicles to be treated as Toll charges.  With this, probably the issue of treating penal interest by Banks / NBFC / FINTECH as ‘tolerating an act’ stands resolved.