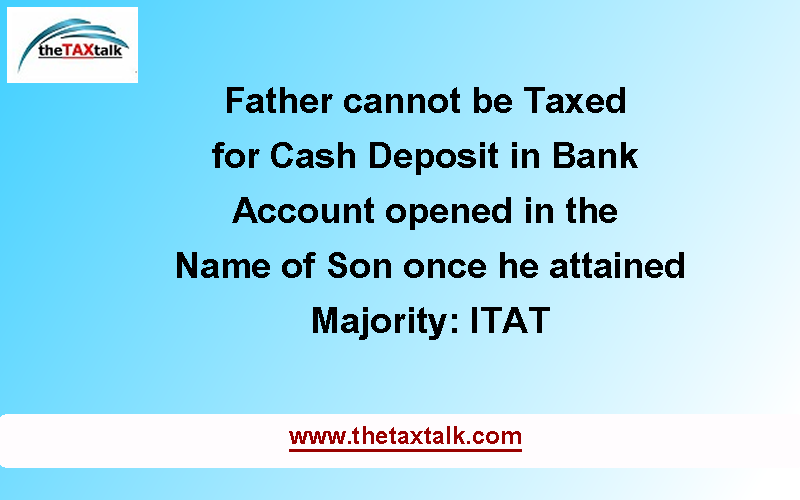 Father cannot be Taxed for Cash Deposit in Bank Account opened in the Name of Son once he attained Majority: ITAT
Cash transaction is a matter if various dispute and litigation in the Income Tax Act 1961. Here is an interesting issue before Pune ITAT as under:

ITAT Pune held as below: