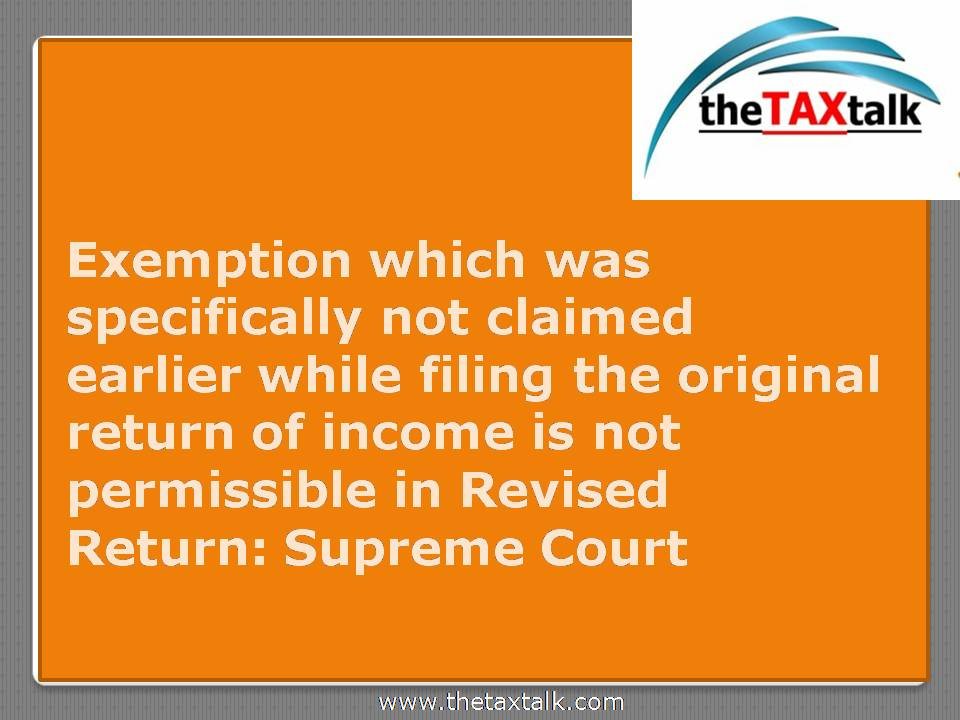 Here is a landmark order by the Hon’ble Supreme Court on the scope of the Revised Return.

The issue before Supreme Court in the case of PCIT-III, Banglore & Anr Vs WIPRO was

The Apex Court in this case was considering in this case a situation where WIPRO had initially claimed deduction u/s 10B of the Income-tax Act 1961 while filing the original return and had thus opted not to carry forward the loss in view of the income being exempt.

However subsequently the company filed a revised return by giving up claim u/s 10B and reinstating its claim of carry forward of loss.

The department sought to disallow the same in view of the fact that the said option was not exercised within the due date of filing of return as required u/s 10B(8) and according to it, the same could not have been done by filing revised return.

The Supreme Court after considering the arguments in detail of both sides analyzed the effect of filing of revised return by observing that the assessee can file a revised return in a case where there is an omission or a wrong statement. But a revised return of income, under Section 139(5) cannot be filed, to withdraw the claim and subsequently claiming the carried forward or set- off of any loss.

Filing a revised return under Section 139(5) of the IT Act and taking a contrary stand and/or claiming the exemption, which was specifically not claimed earlier while filing the original return of income is not permissible.

By filing the revised return of income, the assessee cannot be permitted to substitute the original return of income filed under section 139(1) of the IT Act.
The Apex Court thus reversed the judgement of the High court allowing the departments’ appeal.

The copy of the order with wider repercussion is as under: