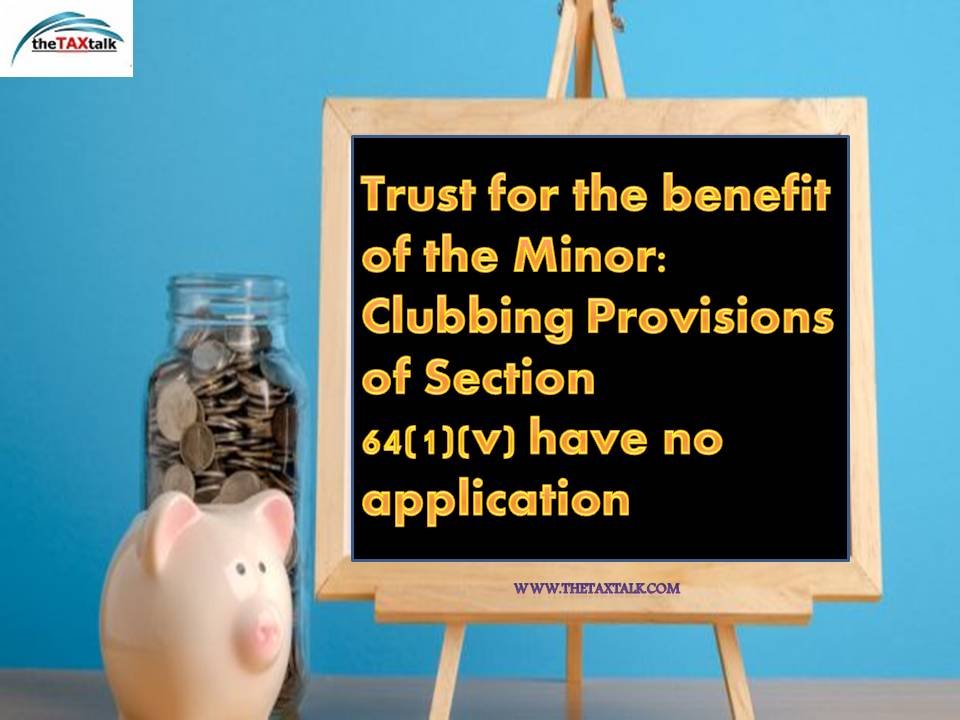 Here is a copy of the landmark judgement in the case of Commissioner Of Income Tax, vs M.R. Doshi (Dead) By Lrs. on 27 September wherein the taxation aspcect of the accumulating trust of minor was invovld.