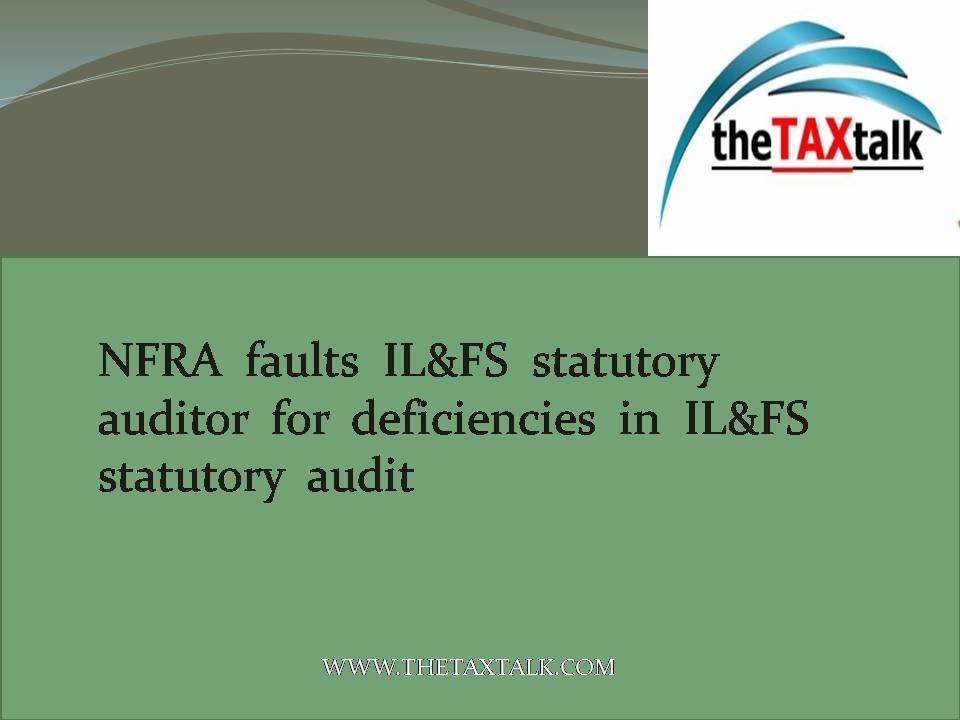 1. In its 390-page audit quality review report (AQRR) for FY 2017-18, the National Financial Reporting Authority (NFRA) has concluded that the audit firm did not have adequate justification for issuing the audit report asserting that the audit was conducted in accordance with the Standards of Auditing and the financial statements give a true and fair view.
2. NFRA has also highlighted that the initial appointment of auditor and its continuation as statutory auditor for 2017-18 was violative of the norms of independence, since they provided prohibited services to the IL&FS group and also had a business relationship with the IL&FS group.
3. An opinion was formed by the auditor on the financial statements of the company and issued its audit report without obtaining reasonable assurance about whether the financial statements as a whole were free from material misstatement, whether due to fraud or error and thereby failed to meet the requirements of Standards on Auditing 700 (SA 700).
4. The AQRR identifies instances such as impairment of investments, evergreening of loans, approval of related party transactions, recording of revenue, violation of capital and leverage ratios, and numerous other instances given in the AQRR where the audit firm failed to exercise professional scepticism and failed to challenge the management assumptions and claims in key areas of financial reporting.
5. The AQRR identified lapses in almost all stages of the audit, such as at the planning stage, substantive testing and adherence to independence norms.