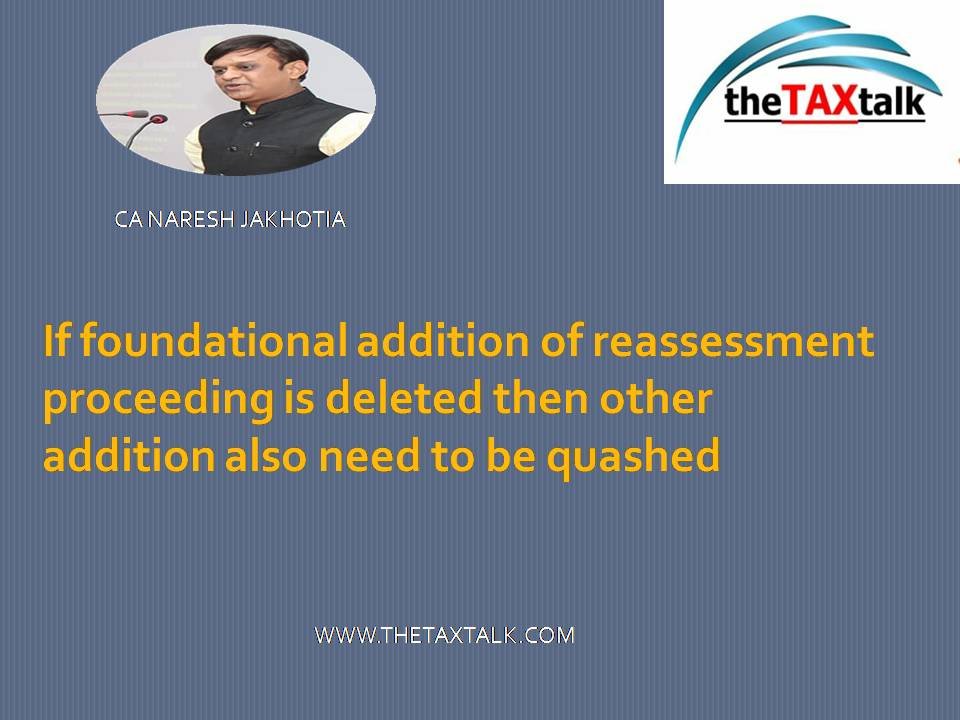 “ The situation can be viewed from another angle as well. The Assessing Officer initiated reassessment proceedings and made addition of Rs.22.57 lac. When the ld. CIT(A) held that the addition of Rs.22.57 lac was not sustainable, it meant that the jurisdiction of the Assessing Officer was lacking in initiating the reassessment proceedings. As a consequence of his deletion of the addition, not only the assessment order but all the proceedings flowing therefrom had the effect of becoming null and void. As such, he could not have gone ahead with any other issue and made enhancement of income. Making an enhancement in such circumstances would mean that though the jurisdiction of the Assessing Officer in initiating the reassessment was lacking, still, the assessment would be valid and ex consequenti, the addition would be sustainable. This, in my considered opinion, is a totally illogical and unsound proposition. I, therefore, order to delete the addition of Rs.2.36 lac and odd made by the ld. CIT(A).”