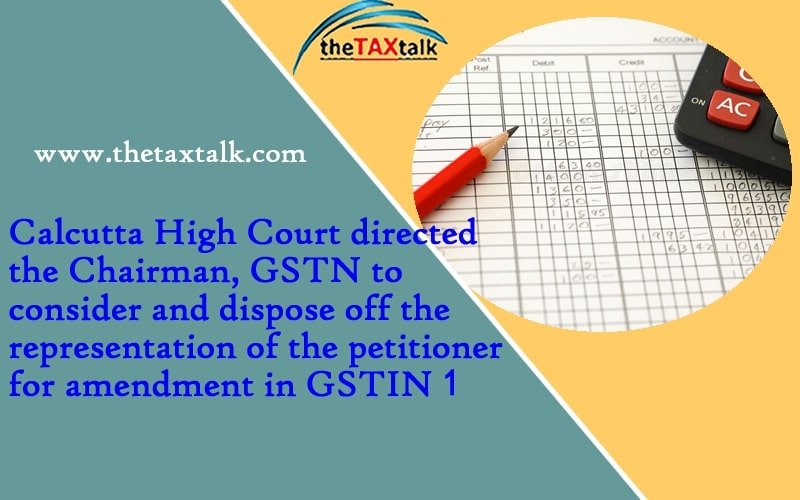 Hon’ble Calcutta High Court has recently directed the Chairman, GSTN to consider and dispose off the representation of the petitioner for amendment in GSTIN of 1 recipient in GSTR 1 filed for FY 2019-20 and FY 2020-21 which has resulted in non-reflection of the said invoice in the recipients GSTR 2A leading to denial of ITC to the recipient, as for some invoices the TDS GSTIN of the recipient was uploaded in GSTR 1 instead of regular GSTIN. However, since the same came to the knowledge of the petitioner belatedly and the GST portal was not allowed to amend the GSTIN, the petitioner approached the State GST authorities which in turn replied that the said amendment can be done by GSTN only.

The copy of the order is as under:ITC Credit - 2A