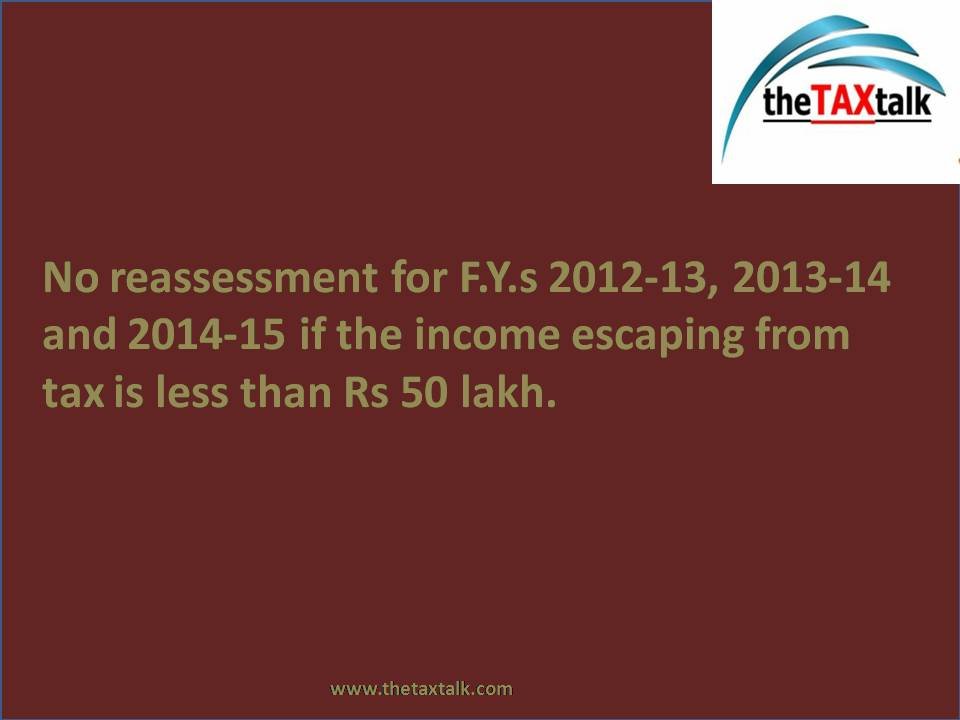 CBDT has issued detailed guidelines on how to go as far as the order of Supreme Court in UOI vs Ashish Agarwal, which was passed by it recently. The CBDT had also issued an advisory in this regard.

The guidelines has instructed the field offices to not issue reassessment notices for F.Y.s 2012-13, 2013-14 and 2014-15 to small taxpayers wherein the income escaping from tax is less than Rs 50 lakh.

While issuing an instruction on implementation of the apex court judgement regarding notices sent beyond the three-year reassessment period, the department said that for FY16 and FY17 where the timeline for issue of such notices falls within the 3 years, tax officers have to issue show-cause notices and provide information to taxpayers for initiating reassessment proceedings within 30 days.

The copy of the guidelines is under:CBDT on SC Judgement