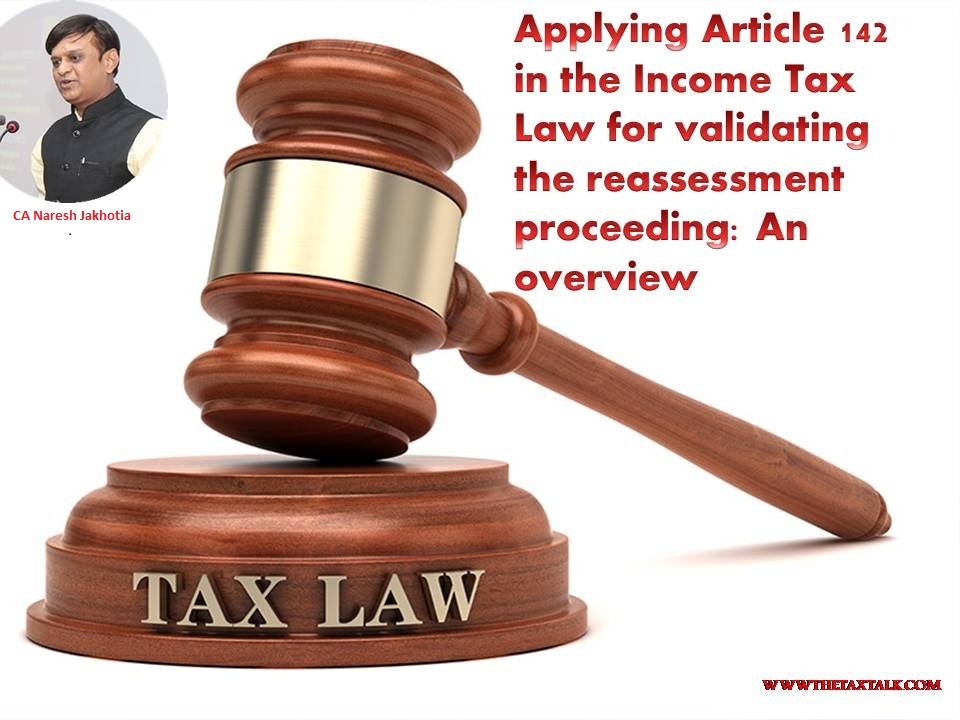 To do “Complete Justice”, for the first time in the history of Indian Taxation, Article 142 appears to have been invoked by the Hon’ble Apex Court of the country. Article 142 is used by the judiciary when the law of statutes is silent or is used to fill the lacuna of the law.

Without Article 142, there would not have been any other options or way out which would have been there in the hands of the Revenue. The reason to some extent appears to be logical as over 90,000 cases involving corers of revenue were related to the issue.

Let us know more about Article 142 which reads as under:

“142. Enforcement of decrees and orders of Supreme Court and unless as to discovery, etc.-

(1) The Supreme Court in the exercise of its jurisdiction may pass such decree or make such order as is necessary for doing complete justice in any cause or matter pending before it, and any decree so passed or orders so made shall be enforceable throughout the territory of India in such manner as may be prescribed by or under any law made by Parliament and, until provision in that behalf is so made, in such manner as the President may by order prescribe.

(2) Subject to the provisions of any law made in this behalf by Parliament, the Supreme Court shall, as respects the whole of the territory of India, have all and every power to make any order for the purpose of securing the attendance of any person, the discovery or production of any documents, or the investigation or punishment of any contempt of itself.”

Cases where Article 142 was invoked by the Hon’ble Supreme Court are as under: