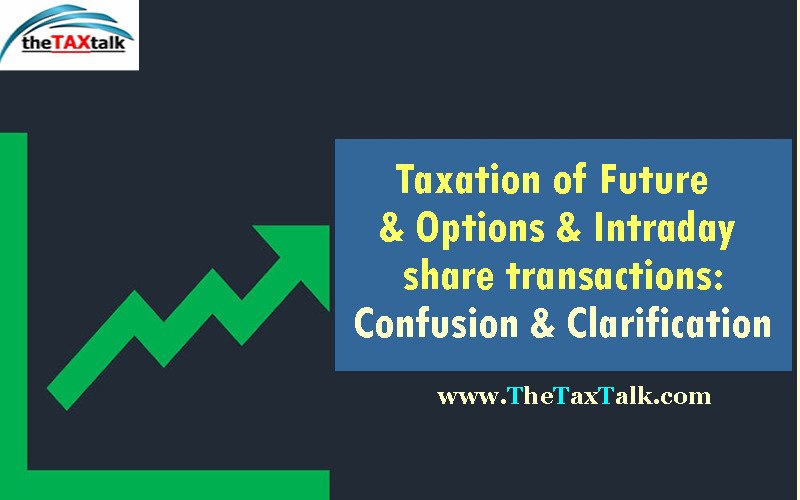 Trading in derivatives which may be in shares, currency, commodities, etc has become very common and many people have started participating in it. The online easy accessibility of the trading options has further enabled the momentum in it. With this, emerges the question of its taxation and its reporting in the Income Tax Returns Forms (ITR).

Lot of confusion and doubts prevails over its reporting. All the more, there are some serious confusion as regards to the audit provision applicable to such transactions.

For better understanding, one needs to understand that future trading is different from options. Option may include put and call option whereas future is a trading simpliciter without actual delivery.

(i) The total of favourable and unfavorable differences shall be taken as turnover.
(ii) Premium received on sale of options is also to be included in turnover.
(iii) In respect of any reverse trades entered, the difference thereon, should also form part of the turnover.

In short, the total of profit and loss shall be taken as turnover i.e., aggregate of the differences, whether positive or negative is considered as “turnover”. It makes no difference whether the difference is positive or negative for computing turnover. [For example, a person has a profit of Rs. 3 Lakh & loss of Rs. 7 in F & O. Though there is a net loss of Rs. 4 Lakh in F & O Transactions, Turnover will be considered as Rs. 10 Lakh].

Audit in case of Speculative Transactions: