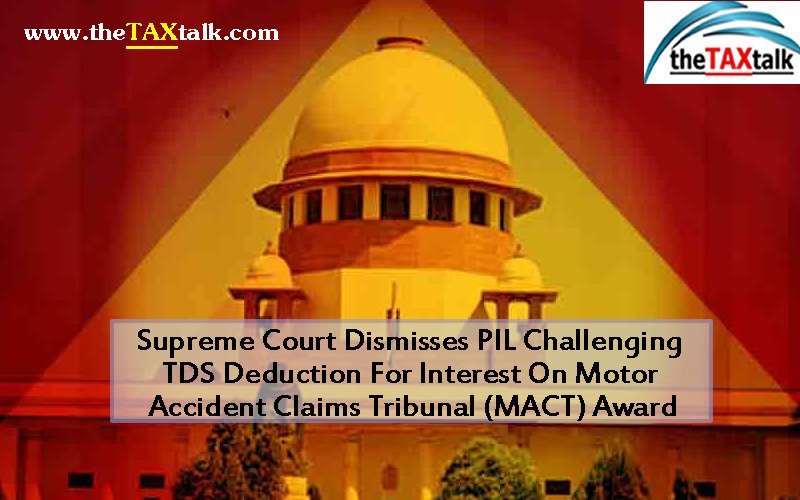 Amit Sahni vs Union of India

Here is an interesting writ filed before Hon’ble Supreme Court.

1. A Writ/Order/Direction was prayed for to quash section 194 A (3) (ixa) of Income Tax Act, 1961 (as amended up to date), which mandates deduction of TDS on the interest (exceeding Rs. 50,000/- in a financial year) accrued upon Motor Accident Claims Tribunal (MACT) Award.

2. The compensation awarded by MACT established under Motor Vehicle Act, 1988 is meant to substitute the loss of potential income of the victim, and in most cases is in fact determined as a multiple of the victim’s income.

3. Under tax laws, it is well settled that if a receipt is meant to substitute a source of income, it is a capital receipt. Capital receipts are generally not taxable.

Hon SC held as below:

1. The petitioner is not personally aggrieved by the award of the MACT. A challenge of this nature would have to be brought before the Court by a person aggrieved.

2. We see no reason to entertain a petition which is styled one filed in public interest. In the circumstances, this Court is not expressing any opinion on the question of law raised.

3. The petition is dismissed on the grounds which are set out above.